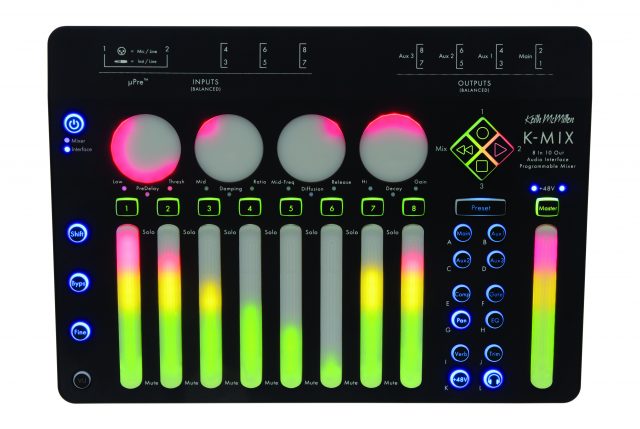 “Enabling the K-MIX to work with iOS frees us to bring everything needed for a studio-quality recording and editing system in a small carry-on bag, with room left for a toothbrush and a change of clothes,” says KMI Founder & CEO Keith McMillen.

Here’s an example of the K-Mix being used with an iPad to create a field recording studio:

The update also provides a notable number of fixes and improvements to existing K-MIX functionality.

KMI says that Windows compatibility is also on the way. Here’s a sneak preview: