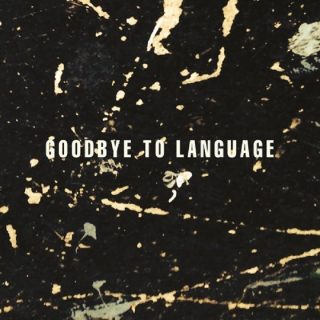 Here’s what the label has to say about the upcoming album:

Goodbye to Language is the perfect joining of the dots, through the world-changing experiments of his early days with Eno, through his flights through the most rarefied atmospheres of the mainstream of music.

Constructed entirely from the sounds of the pedal steel guitar, Daniel on the pedal steel and his mate Rocco Deluca on the lap steel with compositional rigour that recalls the 20th century dreamscapes of Ravel and Debussy, with a sense of sonic futurism and yet also with the naturalness that can only come from someone rooted in centuries of grassroots music.

And while fusions of influence can sometimes lead to homogenisation in the blending of source material, this record does precisely the opposite: it’s about highlighting the highest common factors from a lifetime of influences.

Or as he succinctly puts it: “I operate under the banner of soul music – music that just feels right and comes from a truthful place.”

Here’s a preview of Goodbye To Language, the track Heavy Sun:

Goodbye to Language is scheduled to be released September 9th, 2016. It is available to pre-order on Amazon and iTunes.

A perfect system, in my opinion, would be able to reproduce all-natural sounds – like a sampler – but with the possibility to change the sounds as much as possible.