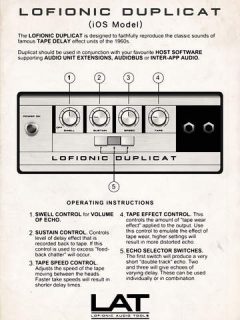 In addition to the Swell and Sustain controls found on the hardware equivalents, Duplicat introduces:

Lofionic Duplicat is available now for US $.99.