This video, via Soundtoys, captures Hansen sharing his thoughts on gear, inspiration and his creative process. 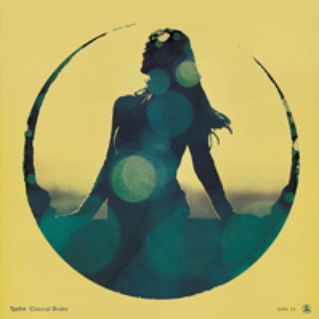 For the past 10 years Hansen has been developing a distinctive aesthetic for Tycho by intertwining his carefully crafted visuals with a pulsing combination of ambience, samples, guitars, and synthesizers.

Tycho was a solo project until the 2011 release of Dive, when Zac Brown and Rory O’Connor joined Scott for the recording process (and subsequent tour) to bring an unusually dynamic energy to the mellow downtempo style.

Scott is a long-time Soundtoys user and analog gear fanatic, so when Tycho played in Burlington, VT, we invited him by the Soundtoys headquarters to discuss inspiration, gear, production techniques, and the use of Soundtoys plug-ins in his creative workflow.

10 thoughts on “Behind The Scenes With Tycho”

If I have an 8-note sequence, I might program the Moog so that the first note is bright, the second less bright, the third even less bright, and the fourth note maybe brighter again — so you get a kind of sine wave move.

Now, in the opposite channel, I might do the same sequence, but program the filtering differently. Add the delays, and you have a repeating cycle that never repeats exactly in the same way.