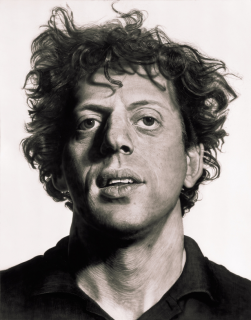 Composer Philip Glass will be awarded the 2015 National Medal of Arts on Thursday, September 22, 2016, in the morning in an East Room ceremony at the White House. The awards will be presented by President Barack Obama.

Glass is a classical composer, whose music is frequently grouped with the work of composers La Monte Young, Terry Riley and Steve Reich under the term ‘minimalism’.

“These National Medal of Arts recipients have helped to define our nation’s cultural legacy through the artistic excellence of their creative traditions,” says NEA Chairman Jane Chu. “I join the President in congratulating and thanking them for their contributions.”

Glass is receiving the award for his ‘groundbreaking contributions to music and composition.’ Glass has been one of the most influential composers of our time, creating operas, symphonies, film scores, and wide-ranging collaborations.

Glass’s music has made extensive use of electronic keyboards and synthesizers, often used in parallel with wind instruments to create hybrid acoustic/electronic timbres.

Here’s an example of Glass’s work, Floe from Glassworks, that incorporates the sounds of the Sequential Prophet V along with traditional classical instruments:

When I joined, the keyboards consisted of 3 Farfisa Mini-Compact organs. That was it.

Over the years of my involvement, the Ensemble went through a series of migrations to new hardware.

The first was the replacement of one of the Farfisas by a Yamaha YC45-D dual manual electric organ, a wonderful machine with touch sensitivity and adjustable percussive attack. After that, we added an Arp Explorer synthesizer.

Next came a Sequential Circuits Prophet 5, then an Oberheim OBXa, then a Yamaha Dx7 (one of the first in the US, hand-carried back from a tour in Japan), then an Emulator I sampler (serial #002), then a Roland Juno-106 and a Roland JX3P, and an Emulator II sampler.

As we adopted MIDI controllers and rack modules, a Roland Super Jupiter, a Yamaha TX-816 rack and a TX-802, several Oberheim Matrix-6R. and a number of Akai S-900 samplers, later replaced with Digidesign Samplecell I cards running on Mac IIs.

The Pro Tools rig was just for mixing (no sequences or other virtual instruments or audio playback), with the hardware fed into 3 888 interfaces and the Samplecells fed directly into the TDM bus and showing up as inputs (cards) or Rewire instruments (Soft Samplecell) in Pro Tools.

Performer 5.5 was used as the front end for MIDI, because Pro Tools had a problem with our Aphex trigger-to-MIDI converters, which did not (by default) send any note offs. In Pro Tools, the MIDI buffer would eventually fill up and crash Pro Tools because it was keeping track of all the note-ons without note-offs. This drove me nuts in rehearsal until I finally figured out what was going on and took Pro Tools out of the MIDI equation and all was well. I still to this day don’t use Pro Tools for any MIDI.

About The National Medal of Arts

The National Medal of Arts is the highest award given to artists and arts patrons by the federal government. It is awarded by the president of the United States to individuals or groups who are deserving of special recognition by reason of their outstanding contributions to the excellence, growth, support, and availability of the arts in the United States.

The National Endowment for the Arts manages the nomination process on behalf of the White House. Each year, the Arts Endowment seeks nominations from individuals and organizations across the country. The National Council on the Arts, the NEA’s presidentially appointed and Senate-confirmed advisory body, reviews the nominations and provides recommendations to the President, who selects the recipients.