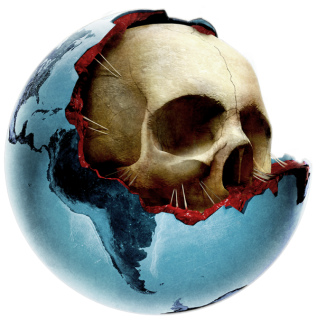 Electronic music pioneer Jean-Michel Jarre has announced Oxygene 3 – a return to his roots, to celebrate the 40th anniversary of the original Oxygene.

For the album, Jarre is returning to his roots, using minimal instrumentation and the same production approach that he used on the original. The album will be out for the 40th anniversary of Oxygene on Dec 12, and Jarre sys that he may play excerpts on his upcoming tour dates.

Here’s what Jarre has to say about Oxygene 3:

“I don’t necessarily like anniversaries that much…But when I was recording Electronica, two years ago, I did a piece of music (today Oxygene 19) that made me think about what Oxygene could be if I was composing it today.

Then I took the 40th anniversary of the first album as a deadline to push myself to see if I could compose this new chapter in six weeks, just like I did for the first one: probably to avoid thinking too much about, whether it was a good idea or not, and also to record everything in one go…

The idea was not to copy the first album, but rather keeping the dogma of embarking listeners on a journey from beginning to end with different chapters, all linked to each other.

What made the first Oxygene so different at the time, is probably the minimalist aspect, and the fact that there are almost no drums, and I wanted to keep this approach, creating the groove mainly with the sequences and the structure of the melodies only, through an architecture of sounds.

When I did the first Oxygene in the vinyl days, I had a structure in mind divided in 2 parts, fitting the A&B sides of an album. This time I enjoyed doing the same: one side being darker, the other being brighter. So when I think of it today, Oxygene 3 has actually two sides…

I did the first Oxygene on an 8 track tape recorder with very few instruments, with no other choice than being minimalist. I tried to keep this minimalist approach for Oxygene 3. Some moments are built around one or two elements, like in the first volume.

It was important to me to keep the artwork for Oxygene 3 in line with the two previous albums…40 years ago too, I discovered Michel Granger’s visual universe and immediately felt a total adequacy with the music I was composing. Since then, the cover artwork became famous, like an ecological warning signal, dark and surreal, evoking both outer space and that of our vital living space: this image, for me, has become inseparable from the music.

I wanted the Oxygene 3 visual to remain in that same vein, and hence to re-visit Michel Granger’s original work, simply shifting «photographed-like» from another angle, which was exactly aligned with the approach I had to create this new chapter in music. To this end, I asked Michel Granger’s permission to perform a 3D model of his creation in order to change the angle of the visual, which he amicably accepted.

What an incredible journey Oxygene has been so far. I very much look forward to continuing the Oxygene story with all of you.

See you on the road,