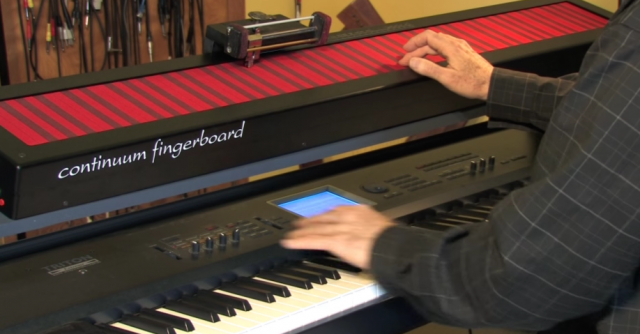 Organizers of the ContinuuCon Continuum conference have announced ContinuuCon 2017, scheduled for June 8-10 at UNCA in Asheville, NC.

Headlining the conference will be University of Illinois professor Lippold Haken, who designed the Continuum, and composer Edmund Eagan, who co-developed the Continuum’s internal sound engine with Dr. Haken.

Last June, dozens of Continuum players from around the world descended on the city of Asheville, North Carolina, to participate in the first Continuum Conference. Here’s a video of highlights of the event:

ContinuuCon 2017 will be held at the University of North Carolina at Asheville, beginning on June 8 and ending with a public concert on June 10, 2017. The conference will feature workshops, lectures, performances, and demonstrations.