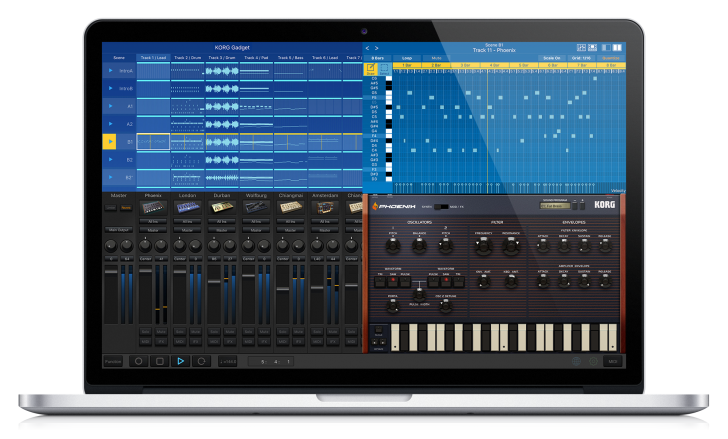 The Mac virtual studio follows in the footsteps of virtual-studio style DAWs like Propellerhead Reason, except that Korg’s virtual instruments can not only be used within its virtual studio, but also within third-party DAWs. The Mac version comes with the complete Gadget Plug-In Collection, a set of plug-ins in AU, VST and AAX formats.

With KORG Gadget, you can use the Mac version at home and the iOS version when you are mobile, with a ‘seamless workflow’, according to KORG.

In addition to Gadget for Mac, KORG has announced that Gadget for iOS version 3 will also be available February 28 and will also get Audio Track recording and playback.