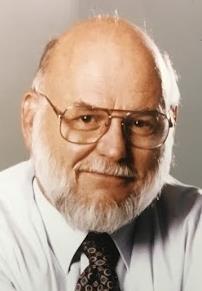 David Alan Luce, a physicist and inventor known in the music world for his pioneering work with Moog & Norlin, has died at the age of 80.

He joined Moog in 1972 and created one of the first modern polyphonic synthesizers, the Polymoog. He became head of engineering at Moog, was promoted to president of Moog in 1981, and became a co-owner in 1984.

In these positions he contributed directly to the development of many Moog synthesizers and other products. Luce also received multiple patents for his work in the area of synthesis, including patents relating to polyphonic keyboards, presets, dynamic keyboard sensitivity, chorus and more.

Following the closure of Moog, Luce worked in the area of ophthalmic diagnostic instruments at Reichert Technologies, created new tools for detecting glaucoma and received multiple patents for his work.

Luce is featured in an Oral History at the NAMM organization.

If you worked with Luce or have other memories of him, share them in the comments.

One thought on “Inventor David Alan Luce Has Died At 80”