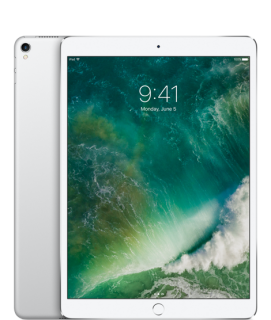 Here’s what Apple had to say when they introduced the updated iPad Pro tablets:

Now that independent benchmarks are starting appear, they show that the updated iPad Pro tablets are not just faster than their predecessors, but that their CPU performance is solidly in laptop territory. In fact, Geekbench processor benchmarking shows that the entry level iPad Pro ($649) bests the Microsoft’s mid-range Surface Pro ($1,199) by more than 35%.

Here are the 64-bit Geekbench results for the Surface Pro 4 i5:

Geekbench scores for the new iPad Pro tablets show it besting both the Surface Pro’s single-core and multi-core processor scores:

Some readers may question whether this is a valid comparison, since the Surface Pro 4 is aging and because CPU benchmarks don’t tell the whole story.

If you want a tablet that offers laptop-level performance, though, this year’s iPad Pro tablets do just that.

The iPad Pro is also getting closer to being a full laptop alternative, especially with the improved file management and multi-tasking that is coming in iOS 11.

Many companies are making music software introductions iPad-first (like Korg with Gadget) and then porting them to laptop/desktop. And, reading between the lines, the rise of iOS music making was one of the drivers behind Ableton’s recent acquisition of Cycling ’74. “The landscape of the computing devices people use for music and media is changing radically,” noted Cycling ’74 CEO David Zicarelli at the time of the acquisition. “We can’t just count on the entire world having a laptop.”

What do you think of the state of the iPad Pro vs the Surface Pro and other hybrid options? Share your thoughts in the comments!