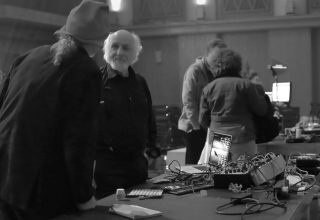 Producers of Subotnick: Portrait of an Electronic Music Pioneer, a planned feature-length documentary about seminal electronic music composer, Morton Subotnick have reached their goal for funding production via an Indiegogo campaign.

The funding campaign has raised over $40,000 towards the production costs, and the producers have announced a stretch goal, to allow for filming internationally.

In addition to helping fund the film’s production, backers can get limited edition copies of Subotnick albums and more.

The producers also released a couple of previous of footage that has been shot. The first features Subotnick visiting the location of his Bleecker Street studio in NYC, where Silver Apples of the Moon was recorded: