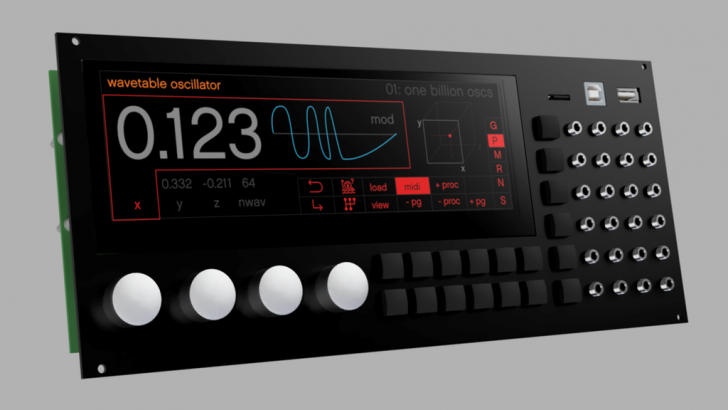 The Super Signal Processor (SSP) promises to be one of the most powerful and flexible Eurorack modules ever created.  It follows the same general form factor of the Moog Mother-32, but is based around a powerful quad-core ARM Cortex A17 processor, running a Linux kernel, custom DSP software and professional audio I/O drivers.

Percussa says that the SSP’s processor offers about 10 times the power of the single core Cortex M4 and M7 processors used in many digital Eurorack modules.

The following software modules will be included in the Percussa SSP:

Audio demos are available at the project site.

The Percussa Super Signal Processor is available to project backers for US $1,500, with a target date of initial units shipping in April 2018. The project has already reached its funding goal.