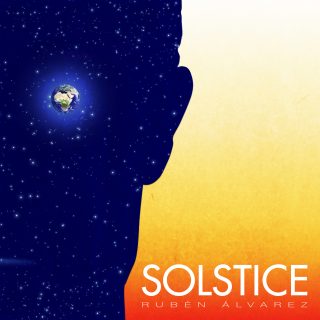 “Solstice is my particular tribute to Jean-Michel Jarre and vintage electronic music of the ’70s and’ 80s,” says Álvarez. “It is a suite divided into four parts, independent but linked together.”

“Although the songs that are part of Solstice are inspired by the work of Jarre, they are not versions or reinterpretations,” he adds, “but new and original compositions.”

Solstice is available via the usual digital channels, including Spotify, iTunes & Bandcamp, and you can preview it via the embed below: