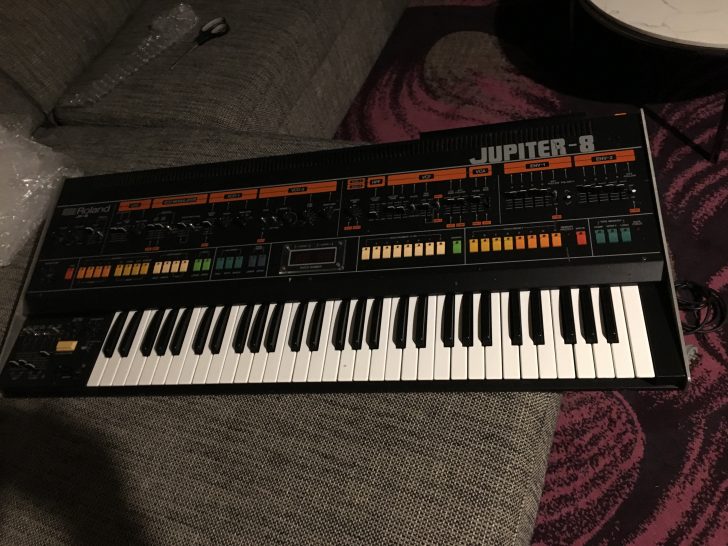 Reader Darren Glen let us know that he’s launched a website to document his restoration of a non-working and rusted Roland Jupiter 8.

“i have been documenting every step,” he notes. ” I share a lot of tips and tricks on how i am fixing it and i am sure it will help many with a similar problem!”

The story starts with a 1500km trip to pickup the knackered beast, and Glen’s first impressions:

She had issues, as I expected without even needing to plug her in. All the original knobs were gone. The side cheeks were bashed and chunks missing like a Rottweiler had chewed on them. The infamous rear “steak grill” heatsink had taken some hits.

This old girl had been touring on the road at some stage .. HARD.

Plus there was the rust … so much rust.

Maybe someone else might have relegated her to the spare parts graveyard just looking at her. But I was here to rescue her and bring her back to life!

The site covers topics that aren’t specific to the Jupiter 8, including replacing fried components and how to whiten yellowed plastic parts.