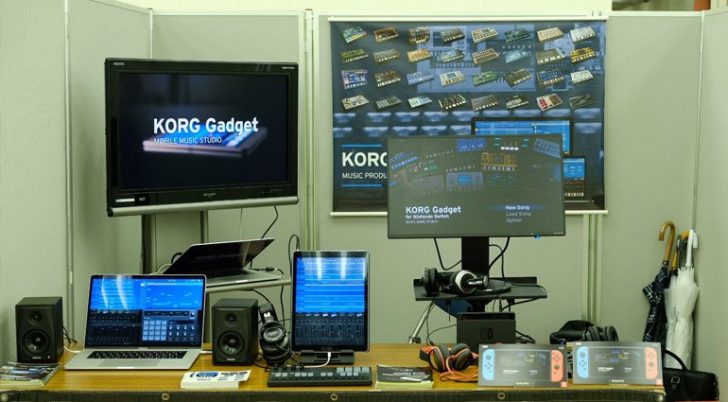 Korg hasn’t released details yet, but it is officially bringing its Gadget virtual studio to the Nintendo Switch platform.

The Nintendo Switch is a hybrid gaming system that can be used in mobile and tabletop modes.

Gadget launched on iOS, but is now also available for Mac & Windows computers. It’s a software studio that comes with a set of virtual instruments that can be used to record and edit music.

Here’s a sneak preview of Korg Gadget for Nintendo Switch:

Here’s an overview of Gadget for iOS & desktop computers:

KORG Gadget is expected to be available for Nintendo Switch in Spring 2018. See the Korg site for more info.