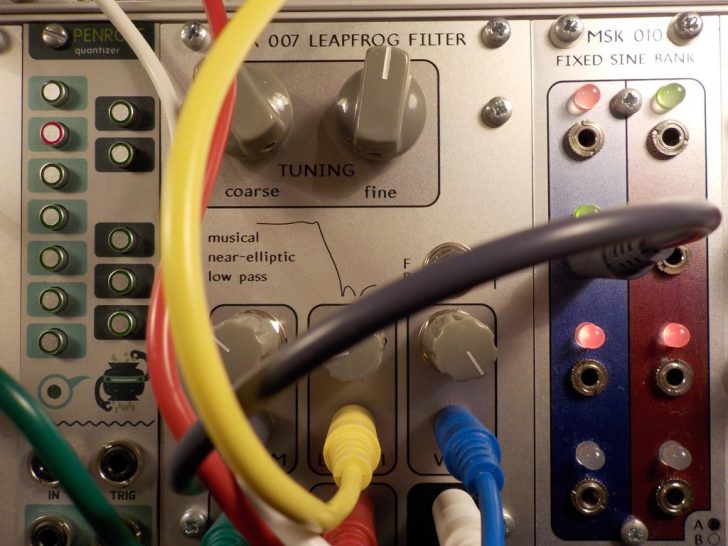 North Coast’s Leapfrog VCF has a different response curve from older synthesizer filters, with a sharper cutoff of the high frequencies.

“There are some digital modules that can cut off as sharply as this one,” says North Coast module designer Matthew Skala, “but 1970s analog synth technology couldn’t match it. I had to go into scientific papers from the 2000s for the design equations.”

“The Leapfrog is a new circuit topology in the Eurorack world, with its own unique sound,” says Skala, “but I like to think the module itself has a traditional analog synth style. It’s classic through-hole construction throughout, very much designed to be assembled by hand rather than machine. The circuit wouldn’t be out of place in a synthesizer from last century, if they had had the theoretical tools to analyze it.”

The Leapfrog VCF is available through North Coast for $520 assembled, or $320 for the do-it-yourself kit.