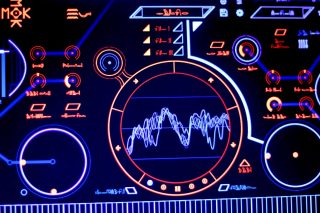 Here’s what MOK’s Taiho Yamada has to say about the Waverazor 1.0.4:

We’ve also activated the Audio Input. Yes, now you can use Waverazor to slice up pretty much anything you want. 🙂 Just choose Audio Input as the source in any wave segment(s) and turn up the input level on the left. (If you have a DAW that only allows audio input to an effect plugin, we’ve got that covered as well with WaverazorFX, included in the installer.)

This will be our last update before we release our Sound Design Editor version. At that point, our introductory sale pricing will end and Waverazor will cost $150 USD, but anyone who buys before then will get the editor update for free. Big thanks to all our extremely patient early adopters! The editor version is nearly here…

For all the latest Waverazor news (and sneak previews) be sure to follow MOK on Facebook and Twitter. You can sign up for our email list at MOK.com. And keep an eye out for our NAMM announcements in the next few weeks. MOK will be showing at the Tracktion booth #14019 in the brand new pro audio hall. See you there!

Details on Waverazor are available at the MOK site.