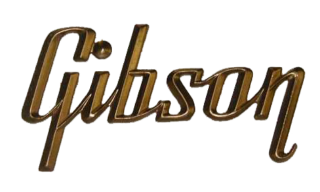 Gibson Brands today announced it has filed for bankruptcy protection, under Chapter 11 of the U.S. Bankruptcy Code.

The company hopes to refocus on the ‘manufacturing of world-class, musical instruments and professional audio products and the continued development of the Company’s portfolio of iconic, globally-recognised brands.

The company recently ceased development on Cakewalk SONAR DAW, and in February sold it to Singapore-based BandLab.

Gibson Brands has reached a “Restructuring Support Agreement” with holders of more than 69.0% in principal amount of its 8.875% Senior Secured Notes due 2018, and its principal shareholders, that clears the pathway for the continued financing and operations of the musical instruments business as well as a change of control in favor of those noteholders.

The filings will allow the Company’s Musical Instruments and Professional Audio businesses to continue to operate, including Giboson, Epiphone, KRK & Cerwin Vega brands.

Gibson says that it will emerge from Chapter 11 with working capital financing, less debt, and a leaner and stronger musical instruments-focused platform that will allow it to succeed.