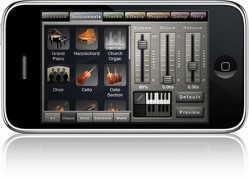 Steinberg has announced that it has acquired mobile music app company Xewton as part of its plans to boost development of its Cubasis mobile DAW:

We’re pleased to inform you about the acquisition of the intellectual property of Austria-based app company Xewton. By taking advantage of these assets we will now be able to quickly move forward with Cubasis and, as Captain Kirk would say, “boldly go where no man has gone before” or should news-style lingo prevail, strengthen its already proven foundation while ensuring the competitiveness in a fast-paced industry.

Lars Slowak, team lead & product planning manager commented: “Acquiring Xewton’s IP marks a significant technological step forward for Steinberg’s app development team. This will give Cubasis a boost, and who knows what else may come of it.”

Xewton developed one of the early mobile DAWs, Music Studio, for both iOS and Android.