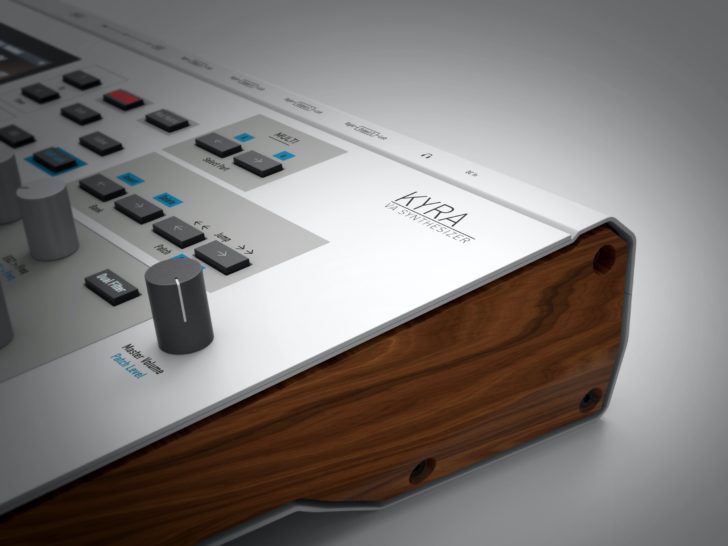 So what’s an FPGA and why should you care?

An FPGA is a type of powerful integrated circuit that’s designed to be ‘field-programmable’, so manufacturers can buy generic FPGA’s and then load a hardware description that turns the chip into a custom integrated circuit.

This has two key benefits:

What’s this mean for synthesists?

The Waldorf Kyra will offer:

The Waldorf Kyra is the new name for the independently designed Exodus Digital Valkyrie, which was introduced at Musikmesse 2018.

Waldorf Music CEO Joachim Flor saw the Valkyrie at Musikmesse, thought it was “one of the most exciting synthesizers of recent years’, and decided to help bring the synth to a broader audience.

“I got into conversation with its independent UK developer, Manuel Caballero, and I’m now looking forward to working with this talented, innovative individual, who is also a great guy! Under the direction of Waldorf Music, Valkyrie flies forth into a joint production project called Kyra, which will be shown and delivered at NAMM in 2019.”

After nearly four years in the making, I went to Musikmesse with the intention of finding an established partner for Valkyrie,” he reveals. “There’s little doubt that Valkyrie’s reveal at Musikmesse caused quite a stir in the synthesizer world and I had set the bar high for potential partners to bring the instrument to market. As a result of this,

“Working with Joachim Flor and his technical and design team to achieve this is an exciting and efficient partnership,” says Caballero. “Waldorf’s proven heritage in product design, manufacturing, and distribution leaves me to do what I do best, which is applying the most advanced technologies to the art of music.”

Here’s a look at Valkyrie prototype from Sonic State at Musikmesse:

Waldorf plans to launch Kyra at the 2019 NAMM Show, January 24-27, in Anaheim, California, priced at €1,899.00 EUR as a desktop/rackmount model. A keyboard version is also planned.