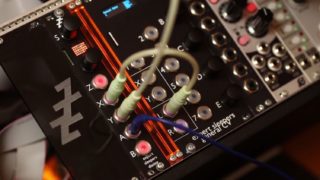 Expert Sleepers has released Version 4.10 of the disting mk4 firmware.

Here are demos of the new features: