Giuseppe Acito – creator of the Toa Mata Band – shared this demo of a new creation, Tamburo Meccanico XXI, inspired by the work of Leonardo Da Vinci. 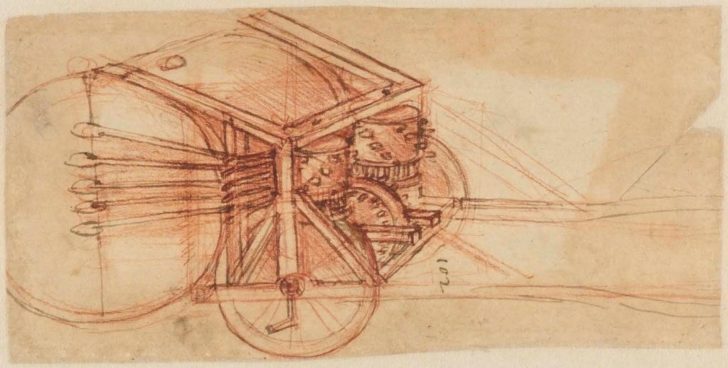 Here’s what Acito has to say about his LEGO rhythm machine:

In this video is shown my latest artwork, made out of LEGO TECHNIC, inspired by Leonardo da Vinci’s TAMBURO MECCANICO (mechanical drum).

It consists of a four track rhythm machine which mechanically generates the electric impulses needed to trigger the drum synth and the bass-line sync.

This is my personal tribute to Leonardo’s genius, who in the late 1400 introduced the first automated musical instrument and the concept of step sequencer.

The nonlinearity of the system made in ABS, generates a sort of shuffle rhythm and some random ghost notes, which creates an unpredictable organic groove.

Check it out, and let us know what you think of it in the comments.

You can see more of Acito’s LEGO creations at his Opificio Sonico Youtube channel.

Rettinger’s Law – Nothing is ever a complete failure.

It can always serve as a bad example.