Waveshaper Media – creators of the modular synth documentary I Dream Of Wires – has launched a new IndieGoGo project to help fund completion of their upcoming documentary on Bob Moog.

Electronic Voyager is a feature-length documentary on the late electronic music pioneer Bob Moog (1934-2005). The documentary is told through the eyes of his daughter, Michelle Moog-Koussa, and follows her on a road trip journey across the world, retracing her father’s footsteps. 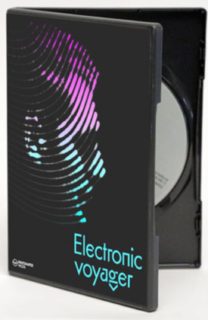 Waveshaper is making available several limited-edition items as part of the project. Here’s what they have to say about it:

We’re ever-so-close to completing Electronic Voyager, and now we’re asking for your support via this finishing funds campaign on Indiegogo, to cover some crucial post-production expenses.

But we’re not just asking you to hand over your hard-earned cash; we have some amazing PERKS on offer as incentives for you to support our project.

The perks available to backers include a DVD version of the final film; an Electronic Voyager tshirt; the ‘Hardcore Edition’ of their previous film, I Dream Of Wires; a signed Gary Numan print and more.

As part of the campaign, they are also releasing a limited-edition vinyl LP of early Moog recordings from the 1960s. Early Moog Recordings 1964-1969 contains some of the first sounds ever created on Moog’s ‘Abominatron’, and pioneering 60’s Moog recordings:

See the IndieGoGo site for details on the project and available perks.