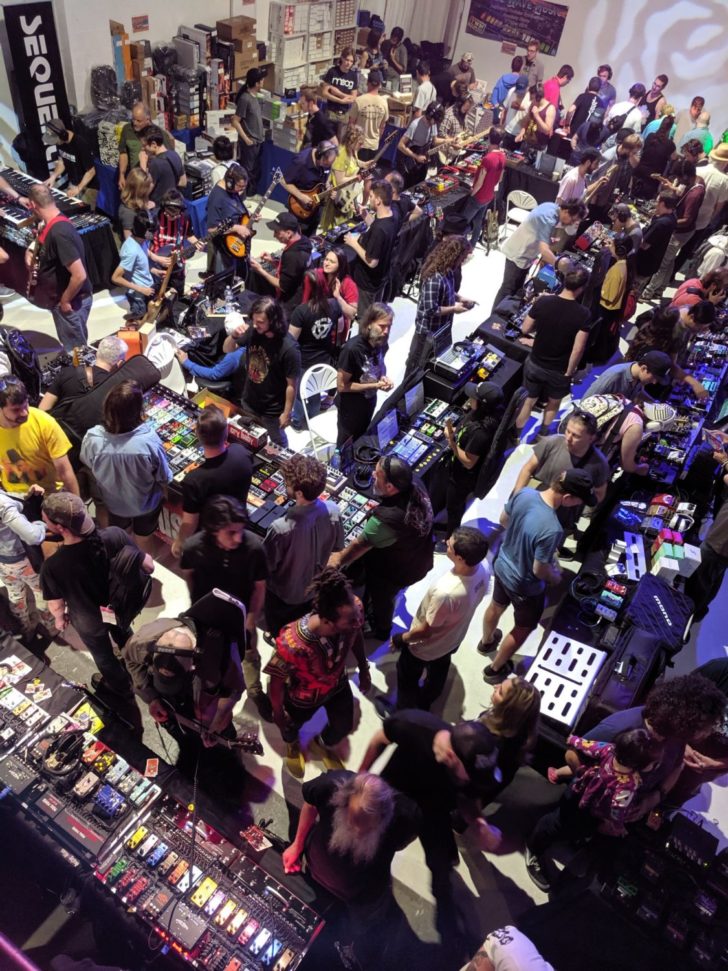 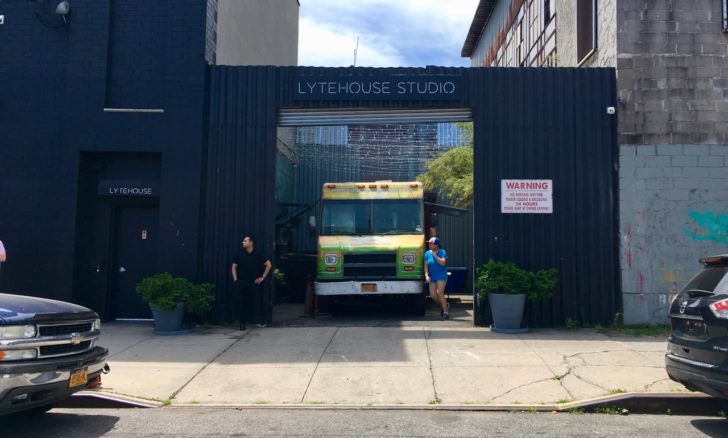 The free event was held at Brooklyn’s Lytehouse Studios, which was packed tightly with attendees for most of the two-day event.

Much of the event’s activities were held in two large rooms, where dozens of vendors showcased keyboards, drum machines, effects pedals, modular synths and other music-related gear: 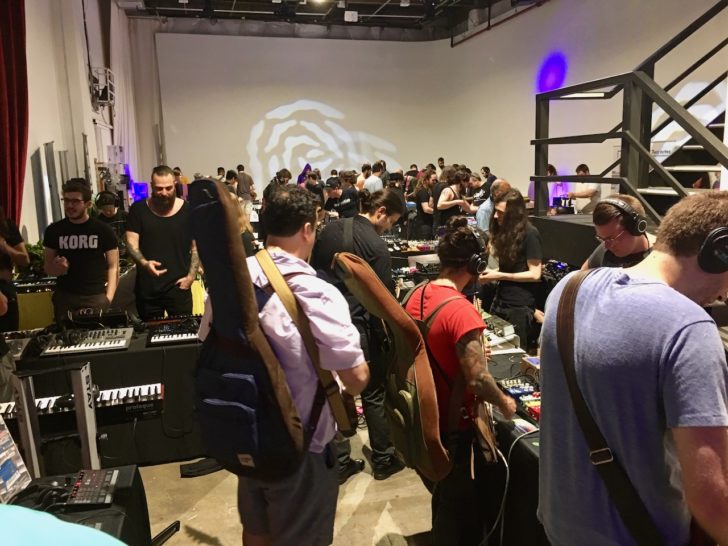 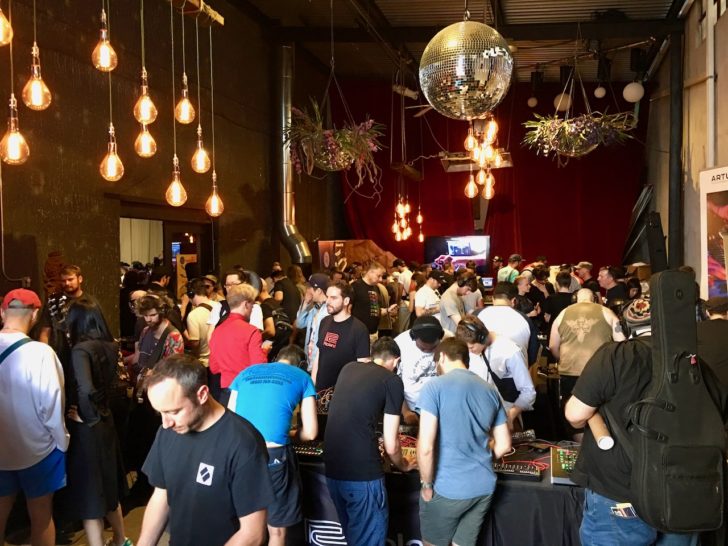 In addition, there was a small side room set up for workshops and meetups: 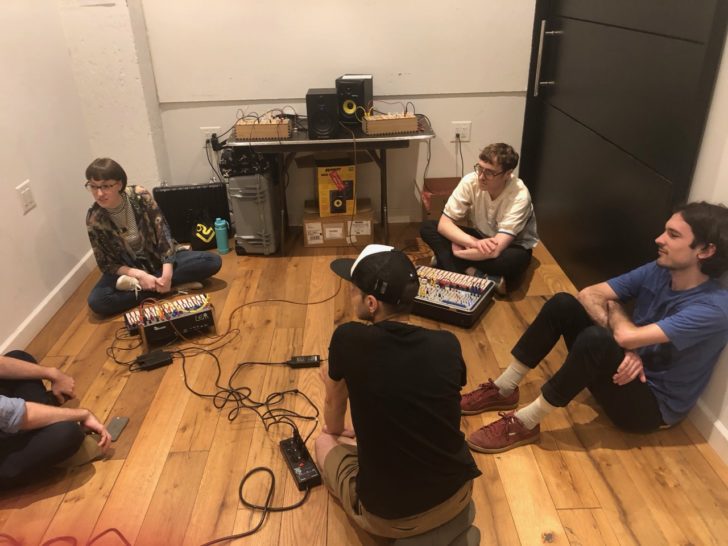 Expo organizer Paolo De Gregorio made use of every part of the space available, even bringing a food truck into the studio’s garage: 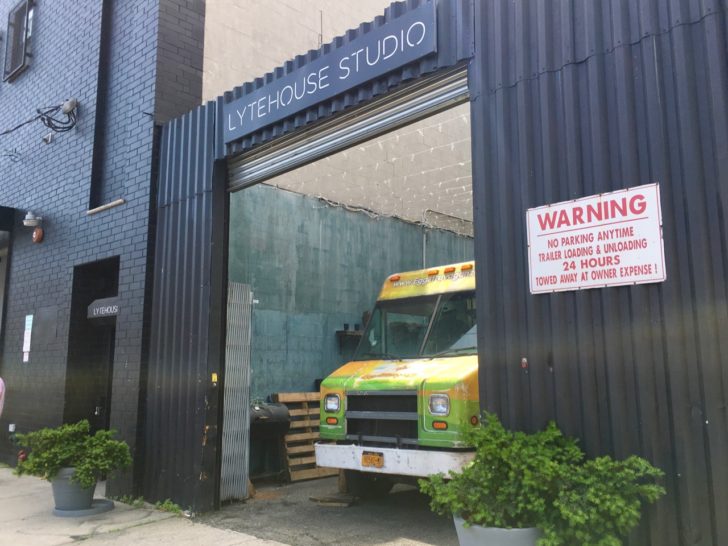 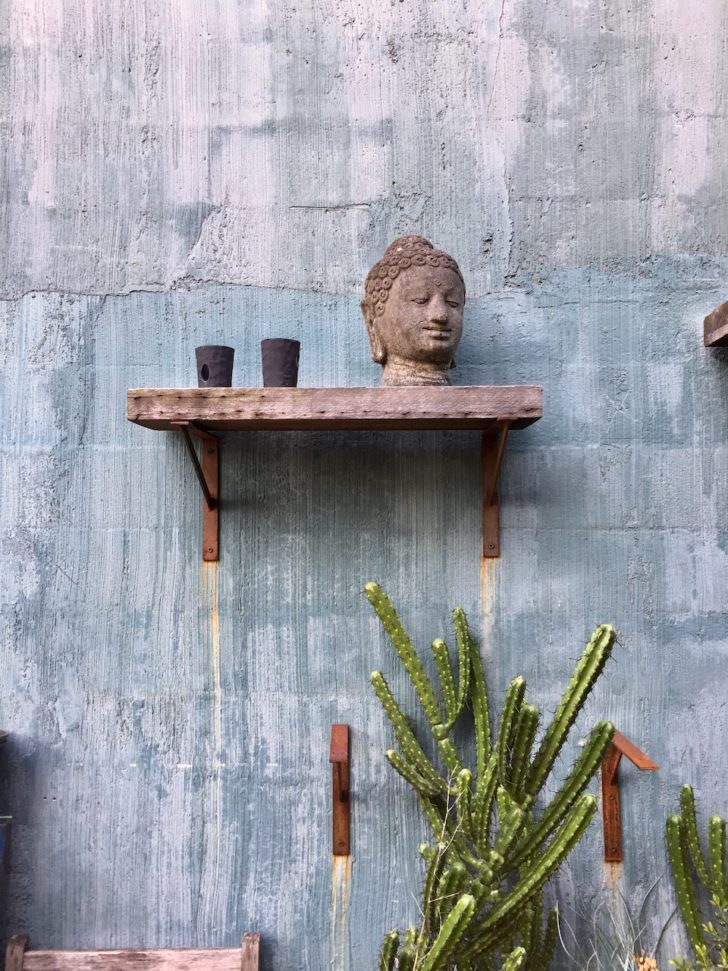 The attendees were a mix of electronic musicians and guitarists, because, in addition to the Synth Expo, the event also features the Brooklyn Stompbox Exhibit. Considering the growing interest for synthesists in using effects pedals with synths, it’s a useful combination.

Synth manufactures brought a G.A.S.-inspiring array of gear. This included much of the latest gear from large manufacturers, like Korg, Yamaha, Arturia, Moog & Roland, and also an interesting mix of gear from smaller manufacturers.

Some of the synths were also making their US debut at the Synth Expo, including Gamechanger Audio’s Motor Synth. 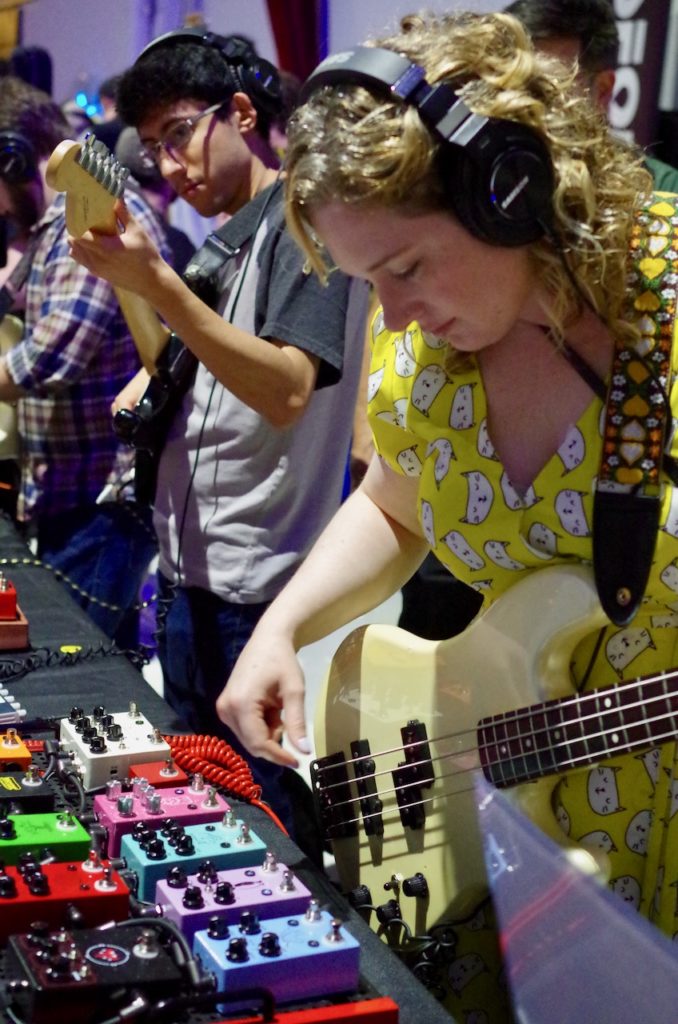 The Stombox Exhibit area attracted guitarists, keyboardists and others:

Unlike many of the gear-focused events that Synthtopia covers, the Synth Expo and Stompbox Exhibit allows vendors to sell their products, and many were offering discounts. Many vendors had stacks of gear available to purchase:

For those outside the NYC area who couldn’t make it to last week’s Brooklyn Synth Expo, the organizer holds a series of other free pedal- and synth-related events around the country (and Canada), throughout the year. You can find out more via the events’ related magazine and blog, Delicious Audio.