Modal Electronics has introduced the Argon8 – a new wavetable synthesizer that builds on the legacy of the $4,495 Modal 02.

The Argon8 offers much of the sound design capability and functionality of the Modal 002, but in more compact and affordable keyboard. They say that the new synth raises the bar on what to expect from sub-$1,000 synths, offering deep synthesis capabilities, a sturdy metal case, a full-size keyboard with velocity and aftertouch and more. 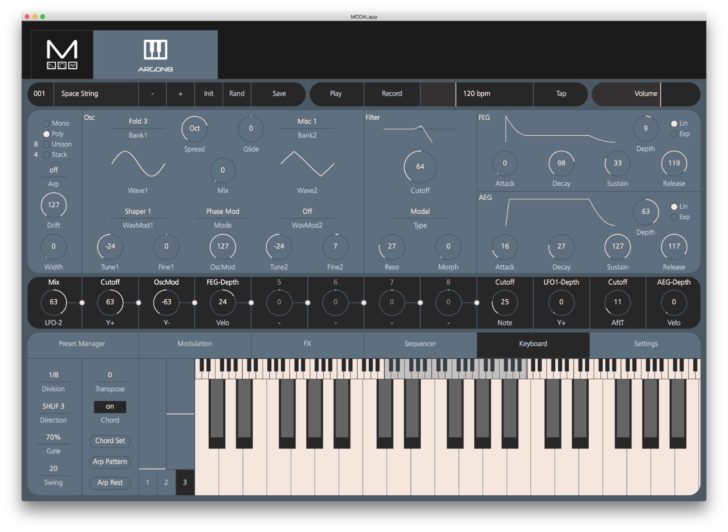 Modal Argon8 provides a Class Compliant USB MIDI connection, enabling it to play in an integrated setup, and the free software editor Modal App is available on MacOSX, Windows, iOS and Android tablets and phones, as well as a VST3 and AU plugin for DAW applications