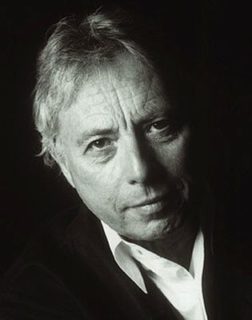 Ambient composer Harold Budd has died at the age of 84.

Budd (1936 – 2020) released a long string of influential ambient classics, ranging from The Pavilion of Dreams in the 70s; to his masterpiece collaborations with Brian Eno, The Pavilion Of Dreams and The Pearl; to series of more recent collaborations with a variety of artists, including Robin Guthrie, Clive Wright, Daniel Lanois, The Cocteau Twins & John Foxx.

The news was shared by several via Facebook, including Ambient Church:

“We just learned the tragic news that legendary composer Harold Budd has passed from this world. He was 84. He left us an unbelievable treasure trove of beautiful music that enriches our lives every day and will bless generations to come. Our hearts go out to his family on this sad day. Rest in peace Harold. You will be missed.”

According to Budd’s Facebook page, he died of complications from Covid-19.

Budd’s music incorporates classical and jazz influences, but centers around the interplay between his keyboards, effects and silence.

Budd’s career took off in the early 70s, when he moved away from classical avant garde and found his own voice embracing ‘pretty’ sounds.

“By then I had opted out of avant-garde music generally; it seemed self-congratulatory and risk-free and my solution as to what to do next was to do nothing, to stop completely,” he said.

“I resurfaced as an artist in 1972 with Madrigals of the Rose Angel, the first of what would be a cycle of works under the collective title The Pavilion of Dreams. Madrigals refused to accommodate or even acknowledge any issues in new music. The entire aesthetic was an existential prettiness; not the Platonic ‘to Kalon’, but simply pretty: mindless, shallow and utterly devastating.”

Budd’s best known works are his two albums with Brian Eno (with Daniel Lanois), Ambient 2: The Plateaux Of Mirror and The Pearl. The albums are dream and evocative, with track titles like First Light, Not Yet Remembered and Wind In Lonely Fences. Listening to these albums, you can lose yourself in thought or wonder at how Budd’s melodies can call up memories.

The Cocteau Twins captured the thoughts of many in a message that they shared.

“It is with great sadness that we learned of the passing of Harold Budd. Rest in peace, poet of the piano.”