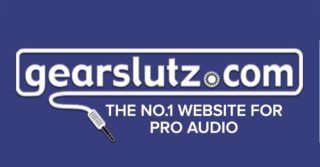 The founder of the popular Gearslutz forum has announced that the site will be getting a new name.

The site, which describes itself as ‘The No.1 Website For Pro Audio’ has come under criticism for years for its name.

Common objections to the name include:

The name change is in response to the launch of a Change.org petition. which asks Gearslutz to change their name to something that more appropriately represents the gear community.

Gearslutz founder Jules Standen initially rejected the petition, stating that “The name was, and still is, not intended to send a derogatory message to women or to discourage them from participating in the forum. It was simply meant to poke fun at some people’s pro audio shopping habits.” He basically argued that if you find the name offensive, it was your problem.

As the petition support grew to close to 5,000 signatures, though, Standen has reconsidered and decided it’s time to move forward:

“We recognize and agree that the word-play pun in the name has gotten old and it is now time to move forwards.

Gearslutz will be changing its name.

We have not yet decided what it will be but we can assure you that the new name will be more inclusive, and will stand the test of time. The site will operate as usual, only the domain name and logo will change.

This process is going to take a while as it is a significant technical task. Thus, we are asking you to bear with us as we embark on it.

Thanks and here’s to the future!”

Standen shared his thoughts on the name change in an interview with Working Class Audio, embedded below:

The change is expected to be implemented later this year.

213 thoughts on ““Gearslutz Will Be Changing Its Name””