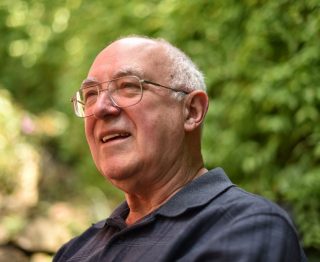 Last year, Oberheim applied for US trademarks for a variety of terms, including ‘Tom Oberheim’, ‘OB-Xa’, ‘SEM’, ‘DMX’ and ‘XPANDER’.  He had previously applied to trademark the terms ‘Oberheim’ and ‘SEM-X’.

Now, several of his trademark applications have been published for opposition, including applications for ‘OB-Xa’ and ‘XPANDER’.

Getting to this stage means that the USPTO has done an initial review of the trademark and that Oberheim addressed any issues that were raised in their review. When the USPTO publishes a trademark application for opposition, the government has determined that the application meets its legal requirements and it is giving the public 30-days to file an objection.

Oberheim has not publicly announced plans related to most of these terms, but it seems likely that their goals for trademarking the terms may be in part related to plans for future reissues and in part in response to Behringer’s plans for products based on classic Oberheim designs.

In January, Sequential filed a trademark application for the term ‘OB-X’, suggesting that the company could be working with Oberheim on a reissue of the OB-X, similar to their Prophet-5 reissue.

In addition to the projects that Oberheim is involved with, Behringer has independently announced plans for knockoffs of a pair of classic Oberheim designs – the DMX drum machine and the OB-Xa synthesizer.

The company also applied to trademark the terms ‘Oberheim’ and ‘OB-Xa’. The company has abandoned these applications, though, and it looks like they plan to release their devices with slightly altered names, similar to what they did with their ‘MonoPoly’ synthesizer. They have shared demos of a prototype of their ‘UB-Xa’ synthesizer, based on the design of the Oberheim OB-Xa, and have announced plans to make an ‘OMX’ drum machine, based on the Oberheim DMX.