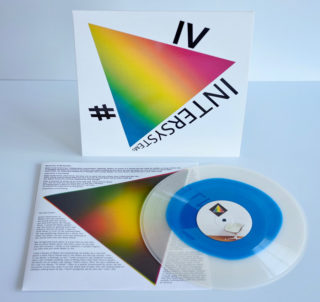 The group, originally made up of architect Dik Zander, light sculptor Michael Hayden, poet Blake Parker, and musician John Mills-Cockell (of Syrinx, Kensington Market and more), released a trilogy records that have since become collector’s items.

Intersystems was one of the first groups to use the Moog modular in their music. Their custom modular rig— purchased by Mills-Cockell directly from Robert Moog’s Trumansburg Headquarters—was the first of its kind in Canada.

They combined sounds of the Moog with homemade gadgets, spliced-together tapes, and ‘mutant beat poetry’.

They describe the new new album, #IV as “a mature and fully-realized continuation that sees Mills-Cockell and Hayden returning to the project’s core ethos with the myriad experience they’ve both accumulated over the fve intervening decades. The aural concoctions it comprises are no less perplexing than their earlier counterparts; bursting with new psychoactive ingredients, while reminding listeners of just how radical Intersystems was in the first place.”