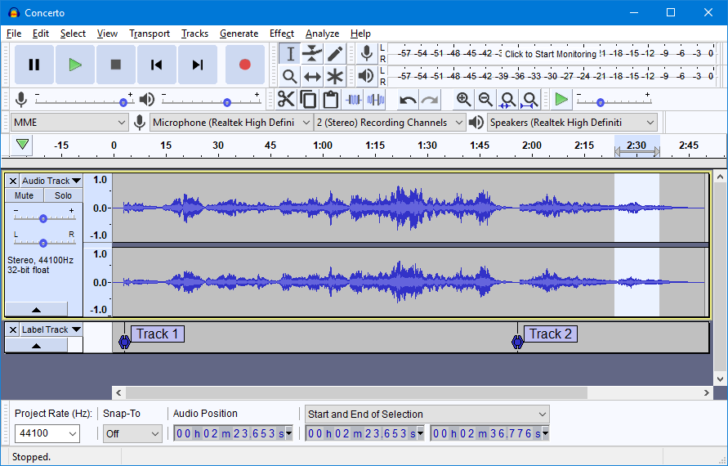 Audacity was acquired by a company named Muse Group two months ago. According to Foss Post’s report, “While Audacity is nothing more than a desktop program, its developers want to make it phone home with various data taken from users’ machines.”

“The updated privacy policy page (which was uploaded 2 days ago) for Audacity includes a wide range of data collection mechanisms. It states for example that it can hand any user data to state regulators where it is located – which is basically Russia, USA and the EEA zone.

One would not expect an offline desktop application to be collecting such data, phoning-home and then handing that data to governments around the world whenever they see fit. If you want to stay away from such things, then stay away from Audacity.

By doing these suspicious activities, the people behind Audacity and Muse Group have shown their selves to be unworthy of the trust of the open source community, and hence, the software should be abandoned and disposed from Linux distributions’ repositories.”

The app is also now ‘rated PG-13’, as the privacy policy states that Audacity should not be used by people below the age of 13.

You can read details of the new policy on the Audacity site.

It appears that Muse Group may have updated the privacy policy to be consistent with its other products. But users on Github and Reddit argue that the changes are not only unnecessary and unwelcome, but violate Audacity’s GPL licensing, which states that “The act of running the Program is not restricted.”

As a result of Muse Group’s changes, some are calling for Audacity to be ‘forked’.

Open-source applications can be ‘forked’, which means that anyone can take the Audacity code and create a new version of the app, as long as they abide by the source’s licensing. You can follow the discussions at Github and Reddit.

Update: Muse Groups’s plans appear to be evolving – a May 17 Tech Radar article says that the company reversed their initial plans for data collection, but their Privacy Policy, containing the issues people are concerned about, is dated July 2.

Revolutions are celebrated when they are no longer dangerous.