They also eliminate many of the annoyances of recent MacBook Pros. 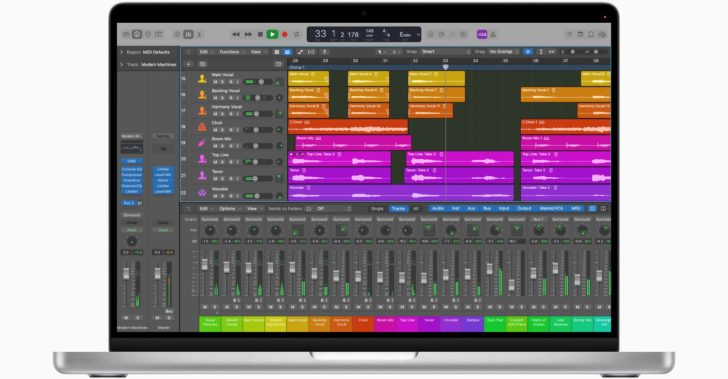 M1 Pro takes the architecture of original M1 to a whole new level. Featuring a powerful up-to-10-core CPU with eight high-performance cores and two high-efficiency cores, along with an up-to-16-core GPU, M1 Pro delivers up to 70 percent faster CPU performance than M1, and up to 2x faster GPU performance. M1 Pro also delivers up to 200GB/s of memory bandwidth — nearly 3x the bandwidth of M1 — and supports up to 32GB of fast unified memory.

M1 Max features the same 10-core CPU as M1 Pro, and doubles the GPU with up to a massive 32 cores, for up to 4x faster GPU performance than M1.

It also has up to 400GB/s of memory bandwidth — 2x that of M1 Pro and nearly 6x that of M1 — and up to 64GB of fast unified memory. M1 Max also offers an enhanced media engine that features two ProRes accelerators, for even higher multi-stream performance.

As a result, users can edit up to 30 streams of 4K ProRes video, or up to seven streams of 8K ProRes video in Final Cut Pro — more streams than on a 28-core Mac Pro with Afterburner.

The Most Powerful Mac Notebooks Ever

Both M1 Pro and M1 Max feature a 16-core Neural Engine for faster ML tasks, including:

With the 16-core Neural Engine on both M1 Pro and M1 Max, ML tasks are faster, including:

And the new MacBook Pro laptops deliver the same level of performance, whether it is plugged in or using the battery. Apple says that this combination of system performance, on-battery performance, and battery life sets MacBook Pro apart from every other notebook.

A feature that’s notable for musicians is that Apple has improved the MacBook Pro thermal system to move more air, which means that the laptops can keep cool and quiet. They say that “the fans never even have to turn on for most tasks users perform every day.”‘

Both models come with a larger display than the previous generation — the 16-inch model offers a 16.2-inch display with 7.7 million pixels, the most ever on a Mac notebook. And the 14-inch model gives users more screen real estate than before, with a 14.2-inch active area and a total of 5.9 million pixels — more pixels than the prior 16-inch MacBook Pro.

The displays feature 1,600 nits of peak brightness, and a 1,000,000:1 contrast ratio. ProMotion technology also comes to the Mac on this new display, featuring an adaptive refresh rate up to 120Hz. ProMotion automatically varies the refresh rate to match the motion of a user’s onscreen content to help preserve battery life, and makes tasks more fluid and even more responsive.

Both models feature three Thunderbolt 4 ports to connect high-speed peripherals, an SDXC card slot for fast access to media, an HDMI port for connecting to displays and TVs, and an improved headphone jack that supports high-impedance headphones.

MagSafe returns to MacBook Pro with MagSafe 3, featuring an updated design and supporting more power into the system than ever before. Additionally, fast charge comes to the Mac for the first time, charging up to 50 percent in just 30 minutes.

The new MacBook Pro comes with a 1080p FaceTime HD camera — the best ever in a Mac notebook — doubling resolution and low-light performance. The camera system taps into the image signal processor (ISP) and Neural Engine of M1 Pro and M1 Max for computational video that enhances video quality — so users appear sharper with more natural-looking skin tones.

The new MacBook Pro models with M1 Pro and M1 Max are available to order today. They will begin arriving to customers and will be in select Apple Store locations and Apple Authorized Resellers starting Tuesday, October 26.