In his latest Look Mum No Computer video, Sam Battle takes a look at the Elektor Formant modular synthesizer, an epic DIY project from the 70s.

Plans for the system were published as a series of magazine articles by C. Chapman, and then compiled as a book, which is available online (pdf). At the time, modular synthesizers were too expensive for most musicians, so many turned to DIY alternatives, like the Formant or PAIA kits. 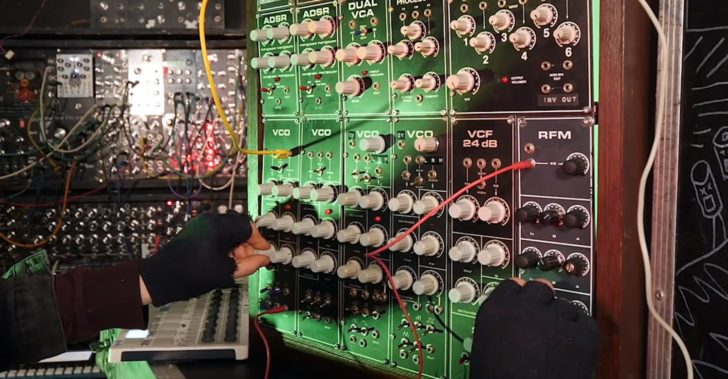 Here’s what Chapman had to say about the Formant modular:

“In the May 1977 issue of Elektor, there appeared the first of a series of articles devoted to the Formant, a sophisticated music synthesizer whose performance was on a par with that of many commercial models, but which was designed for home construction and could be built for a fraction of their cost.

It quickly became apparent that there was tremendous interest in the project. Many readers have since completed construction of the Formant, and their experiences have been entirely positive. The basic modular design concept,
which allows the constructor to build as many (or as few~ modules as his budget permits, has proven extremely successful, and despite their complexity, an almost 100% reproducibility in the performance of the circuits has been achieved.”

Battle’s video covers the Formant origin story, and then dives into an impressive example of a surviving Formant system.

Check it out and share your thoughts on the Formant in the comments!

13 thoughts on “The Elektor Formant, A Rare DIY Modular Synthesizer From The ’70s”