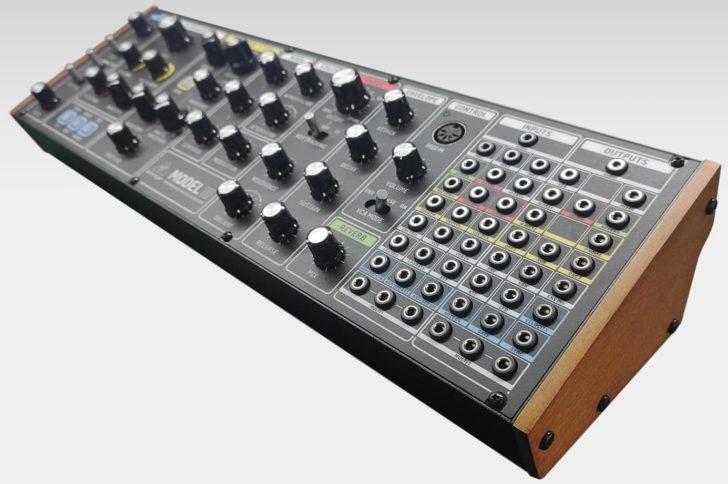 The company says that the Model 15 semi-modular synthesizer is based on the legacy Model 15/35/55 circuitry, but with some added features. The Behringer Model 15 appears to directly copy the design of the Moog Grandmother, though, which itself was based on circuits from vintage Moog modular gear.

Here’s the front panel of the Grandmother:

The Model 15 has the same synth architecture and controls as the Grandmother, but moves patch points to the right side of the panel, as shown below.

In case there was any doubt about Behringer’s reference for the Model 15, they copied the Grandmother’s colors: 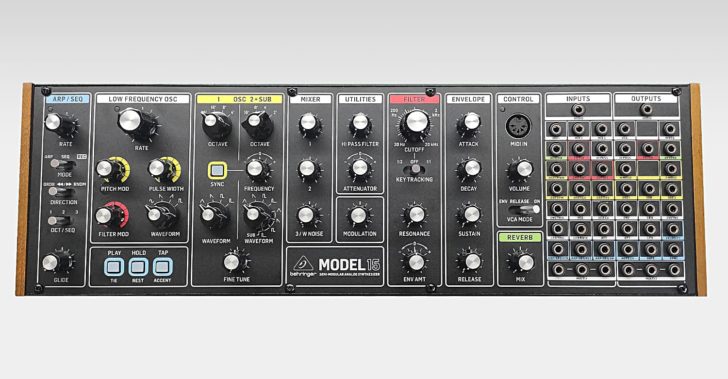 Like the Grandmother, the Model 15 also features a step sequencer and arpeggiator. But, while the original Grandmother incorporates an analog spring reverb, the Model 15 replaces this with a digital simulation.

The Behringer Model 15 is expected to be priced at $299. Like its other recent introductions, Behringer is not putting the Model 15 into production at this time because of parts constraints, so availability is to be announced.