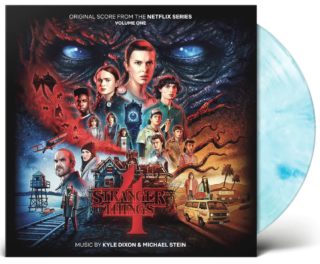 The arrival of the Stranger Things Season 4 finale has been so anticipated that its debut reportedly crashed Netflix overnight.

For fans of the retro ’80s sci-fi/horror show, the synthesized soundtrack, by Kyle Dixon and Michael Stein, sets the tone. Their soundtrack to the show is created with a huge range of vintage and analog gear.

Like the show itself, the score builds on the ’80s sci-fi/horror styles. But Dixon & Stein, in many ways, go beyond iconic ’80s film scores, in both the sheer volume of original music that they’ve created for the show, and in the way they’ve created themes, sounds and textures that are used thematically throught the series.

Now the epic 80-track score, Stranger Things 4 – Original Score from the Netflix Series, is available, digitally via Lakeshore Records and on vinyl via Invada Records.

You can preview the score via the embeds above and below.