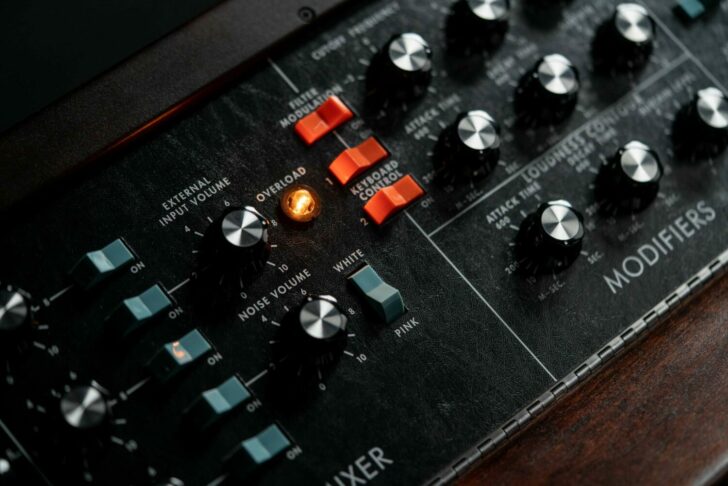 Originally released in 1970, the Minimoog Model D changed the face of modern music and has served as the archetype for synthesizers that followed.

The new Minimoog Model D is a faithful recreation of the original design, with a few modern updates. The Model D is built by hand inside the Moog factory in Asheville, North Carolina. Here’s a behind-the-scenes look at how the Model D is built, from our coverage of Moogfest 2016:

The sound engine and audio signal path of the new Model D are identical to the Model D that Bob Moog and his team engineered in the 1970s.

Here’s a look inside the Model D, and some background on what was involved in recreating the original design:

Moog says that all components are carefully sourced and crafted to recreate the feel of the original Minimoog Model D. Each unit uses the identical component placement and through-hole design of the 1970s Minimoog Model D in a hand-finished aluminum chassis, with a locally-sourced Appalachian hardwood cabinet.

While no changes have been made to the original sound engine or audio signal path, the 2022 Minimoog Model D includes a series of popular functional modifications that expand the instrument’s sonic capabilities. These modifications include:

To celebrate the reissue, Moog shared this performance by the Will Gregory Moog Ensemble of Archimedes Screw, a live performance by 11 musicians—with each of the 10 keyboardists using a Model D to add layers of sound to the composition as it builds.

Utilizing MIDI integration for the 2016 and 2022 reissues, and MIDI-to-CV converters for the vintage units involved in this performance, the Moog Ensemble highlights the modern features alongside the classic sound. According to the group’s musical director and composer, Will Gregory, the instrument’s enhancements expand Model D’s realm of sonic possibility.

The Minimoog Model D is available to pre-order for about $5,000. See the Moog site for more information.

80 thoughts on “Moog Music Brings Back The Minimoog Model D”