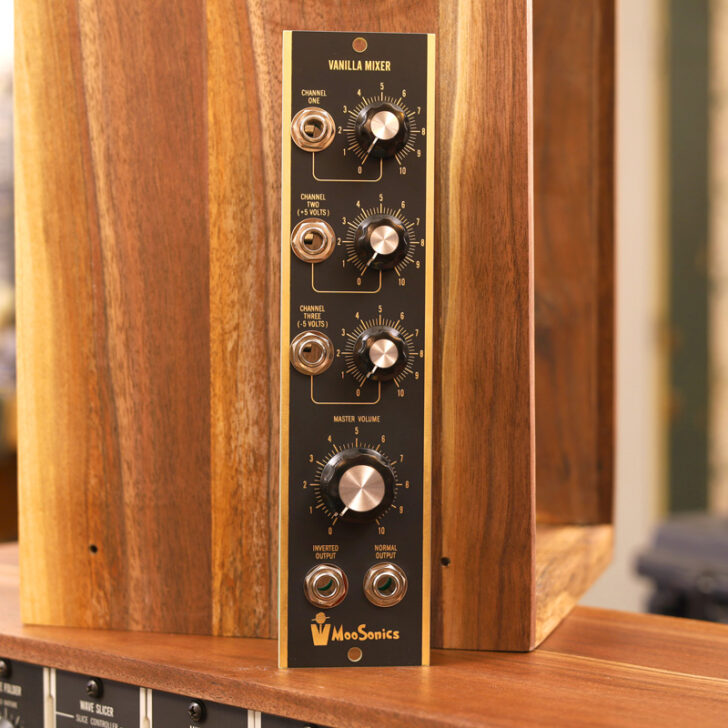 One of the key appeals of the Eurorack format has always been its affordability, compared to the larger Moog format. MooSonics challenges that, with Moog-format modules starting at $75 for full DIY module kits.

The name ‘MooSonics’ is a play on ‘muSonics’, the company that bought out the original Moog in the early 1970’s. STG has also previewed an upcoming muSonics line, which promises to offer modern interpretations of classic Moog format modules.

Just as ‘MooSonics’ is a playful take on ‘muSonics’, Suit & Tie Guy is getting creative with the design of the MooSonics line, in order to make it more affordable. A key difference is that the panels are flat and made of printed PCB material. Front panels are the most expensive component of many module designs, so this, and the kit approach, go a long way towards making these modules affordable. 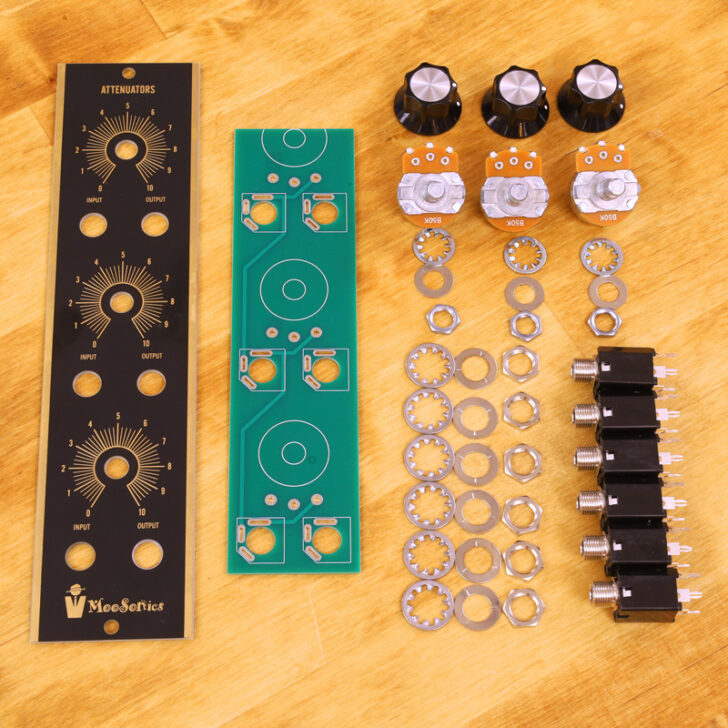 Once installed in a MU system, the panels look and perform comparably to modules from other manufacturers: 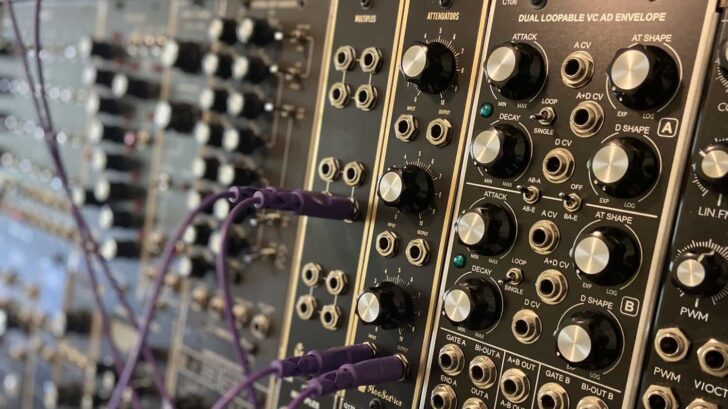 The MooSonics modules use modern PCB design, so the assembled modules are only 1″ deep.

Suit and Tie Guy hasn’t shared specs for the line – it may be too early in the process – but it looks like the modules will be very ‘skiff-friendly’, compared to traditional Moog designs and Synthesizers.com designs.

The kits should be easy projects for experienced builders, but MooSonics currently does not provide build documentation. PCBs are labeled with all component values and build options, which is all that many experienced DIYers will need.

“There is an assumption that buyers have some experience in building electronic devices,” they note. “If you have no experience, this would be a great place to start, but you will need to do some research on basic assembly techniques.”

Suit and Tie Guy plans to eventually offer all the modules needed to create a complete MooSonics system. Once this is done, he hopes to hold weekend build workshops, where you could build a complete modular system.

MooSonics modules are now available in limited quantities, with prices starting at $75 for the kits and $95 for assembled modules.