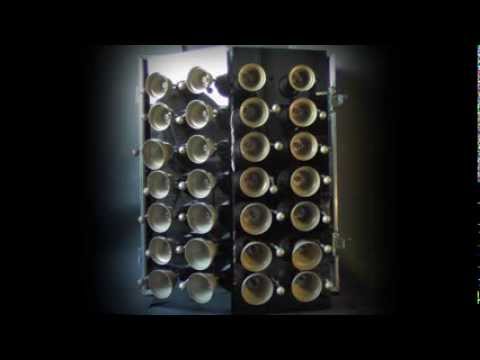 Free Music Friday: Patrick Flanagan, band leader of the mostly robot band Jazari, let us know that he’s released a new EP, The Human Element, that’s available as a free download. Flanagan leads and controls Jazari, but his ‘bandmates’ are electroacoustic music robots. According to Flanagan, The Human Element “synthesizes three years of research into the… END_OF_DOCUMENT_TOKEN_TO_BE_REPLACED

This video is of wesen‘s talk “algorithmic music in a box” at last year’s 25c3 in Berlin.

There’s a been a lot of interesting synth and electronic music news this week, but it’s always hard to predict what people are going to find interesting. Here are the stories that got people talking this week, along with some of the most interesting comments: What do you think of Holy Fuck? – a lot… END_OF_DOCUMENT_TOKEN_TO_BE_REPLACED

Wolfram Research Labs has created a new site, WolframTones, that explores applying Stephen Wolfram’s mathematical theories to the creation of music. The site is based on ideas from Wolfram’s book, A New Kind of Science. At the core of A New Kind of Science is the idea of exploring a new abstract universe: a “computational… END_OF_DOCUMENT_TOKEN_TO_BE_REPLACED