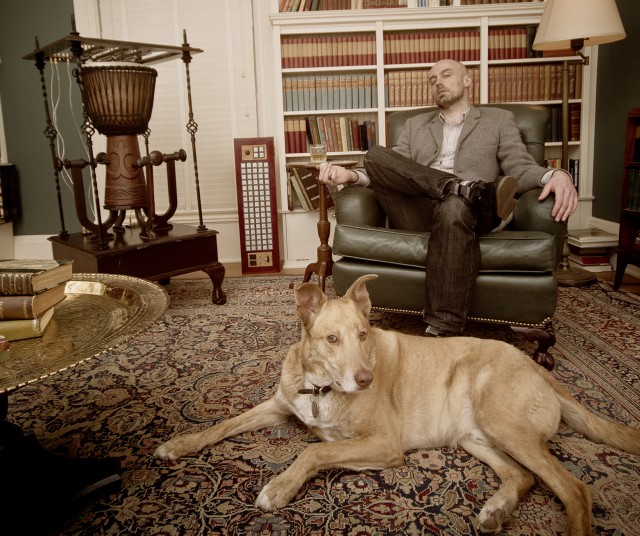 Here’s a video preview of Jazari and its music:

“This band is an argument that there is a lot of new territory left to explore,” says Flanagan. “By building physical drum machines and writing my own software, I can recover the subtle variations of live drums while transforming their sounds into different dimensions.”

Here’s some background on Jazari and Flanagan’s instruments.

The custom-built “Meganome” controller Flanagan uses to play drums synths is inspired by the monome and classic drum machines. It consists of 84 square, illuminated arcade buttons, an XY joystick, two ebony pressure pads, a proximity sensor, and two endless encoders. The case is made from purpleheart and curly maple and the unit weighs in around 25 pounds.

Flanagan also developed the audio engine behind the voice morphing iOS app Vio. Flanagan uses Vio’s psychedelic vocal transformations extensively on The Human Element, morphing his voice to sound like a synthesizer on 8 Bit Mission and an ethereal alien tenor on Meteor Shower.

You can download The Human Element at the Jazari Bandcamp page.