In this interview, Tom Oberheim tells the story of how he got involved in synth design, the ideas behind the design of his seminal SEM synthesizer, the truth about his involvement in the development of MIDI and more.… END_OF_DOCUMENT_TOKEN_TO_BE_REPLACED

This interview with electronic music pioneer Bebe Barron (June 16, 1925 – April 20, 2008), by KFAI radio’s Jerry Modjeski, was recorded in 2000. Barron, was co-composer with her husband Louis Barron, of the soundtrack for the 1956 sci-fi movie Forbidden Planet. The soundtrack is considered to be the first entirely electronic score for a film. Here’s… END_OF_DOCUMENT_TOKEN_TO_BE_REPLACED 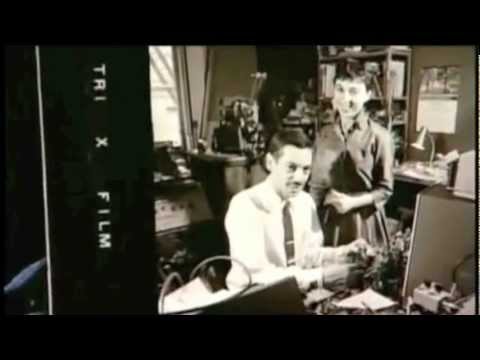 The Music and SFX of Forbidden Planet was uploaded by: Rod Abernethy
Duration: 203
Rating:

Simon Reynolds talks in this video interview with horror master John Carpenter about his soundtracks and the music that inspired them: Carpenter’s music for horror classics such as Halloween (1978) and The Fog (1980) were startlingly effective in their simplicity, and brought a new sonic palette to film scoring with their focus on synthesizers. The… END_OF_DOCUMENT_TOKEN_TO_BE_REPLACED

The Academy of Motion Picture Arts & Sciences has shared a great video featuring sound designer Ben Burtt (Star Wars) discussing the sound design of the sci fi classic Forbidden Planet. Forbidden Planet (1956) has an iconic soundtrack that was created by Louis & Bebe Barron. In the video, Burtt demonstrates some of the hands-on… END_OF_DOCUMENT_TOKEN_TO_BE_REPLACED