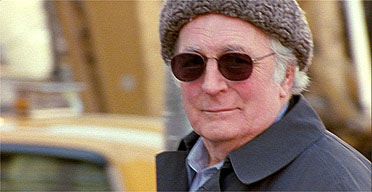 What would the world of electronic music be like without the inventions of Bob Moog?

Bob Moog’s namesake analog synthesizers have affected popular music in ways he might not have expected back in 1954, when he began building theremins with his father. But 50 years later, Bob’s musical instruments have catapulted so many styles of music into the future, and his contributions to both players and technicians grow even more profound in retrospect.

The questions are hypothetical, of course, because synthesizers have infiltrated every style of music, and so many companies have tried to recreate the analog sound that Moog pioneered.

After ten years of making theremins, providing unearthly sounds to science fiction movies and avante garde musicians, Bob Moog met experimental composer Herbert Deutsch, whose search for electronic sounds inspired Moog to create the first Moog Modular. Though Moog took on the project just for fun, when he premiered it at the Audio Engineering Society Convention in October of 1964 the response was immediate and Moog started taking orders on the spot.

By the time he got a graduate degree (PhD in Engineering Physics) in the summer of 1965, the R. A. Moog Co. had delivered several modular synthesizer systems, mostly to academic and experimental composers. But it would be a few years later when public awareness of Moog synthesizers would leap ahead beneath the nimble fingers of Wendy Carlos. 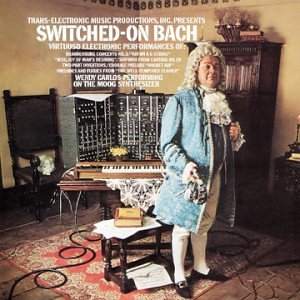 Carlos’ renowned album Switched-On Bach was released on Columbia Records at the end of 1968, achieving immediate success. The album went on to sell over a million copies, creating a sharp demand for Moog modular synthesizers throughout 1969 and early 1970.

Many “switched-on” records were produced during that period, some of which did become popular. By the end of 1970, the now incorporated R. A. Moog Inc. introduced the Minimoog, a compact performance synthesizer based on the technology of Moog modular products, enabling keyboardists to take the Moog on the road. And that began a decade of music that would be forever altered by the Minimoog and its sounds.

R. A. Moog Inc. officially changed to Moog Music in 1971 and became a division of the now defunct Norlin Music in 1973. Moog synthesizers were widely used by professional musicians and the “Sound of the Moog” became an integral part of our musical culture. The list of songs is far too long to print here, but from rock to R&B, from jazz to classical music, the Moog sounds were everywhere.

At the end of 1977, Moog left Moog Music and founded Big Briar for the purpose of developing and building electronic musical instruments with novel player interfaces. Moog keyboards were made for the better part of the next decade by Norlin Music. Moog keyboards ceased production by 1986.

From 1978 to 1992, Moog operated Big Briar on a small scale and kept building custom instruments. He was also representing Synton, a Dutch manufacturer of modular equipment, and providing consultation services to other music technology manufacturers. In addition, Moog served as Kurzweil Music Systems’ Vice President of New Product Research from 1984 through 1989, and taught music technology courses at the University of North Carolina at Asheville from 1989 to 1992.

However, Moog keyboards and the music they graced began a cult following amongst players and aficionados, and Moog’s inventions never quite left the spotlight. It was his original theremin that was to enjoy an early 90’s renaissance.

In response to the rise in interest, Moog designed the Series 91 theremins in 1991, and Big Briar produced them for the next five years. In 1996, Moog wrote a do-it-yourself theremin article, which was published in Electronic Musician magazine. The design formed the technical basis for the Etherwave theremin, which Big Briar/Moog Music has built and sold continuously since then. In addition to the Etherwave, Moog designed the Ethervox MIDI theremin in 1998. About this time, Moog designed several Moogerfooger analog effects modules, which are based on the technical principles of the original Moog modular instruments and were designed to bring the benefits of analog synthesis to all performing musicians. The result was instantaneous, as musicians worldwide scrambled to own one or all of these amazing devices.

Finally, in 2002 Moog resurrected his namesake analog synthesizer, designing the new Minimoog Voyager for a new generation of Moog players. Like the Moogerfoogers, this instrument is based on the technical principles of the original Moog modular instruments and the original Minimoog, but in addition incorporates a wide range of contemporary features such as fully-implemented MIDI and a three-axis touch surface. Reviews have been very positive, and Moog’s Etherwave theremin, Moogerfoogers, and Minimoog Voyager have all won numerous musical instrument industry awards.

Moog reclaimed the right to use the Moog Music and Minimoog trademarks in 2003, and immediately changed the name of Big Briar to Moog Music Inc.

In 2003, Moog Music released the Moog Pianobar. Developed by Donald Buchla, a long-time colleague of Bob’s and a renowned electronic musical instrument designer in his own right, the PianoBar fits onto any acoustic piano and enables the player to use the piano’s keyboard to control electronically generated sounds.

Moog new products of 2004 were the award winning Moogerfooger Multiple Resonance Filter (MuRF) and the Etherwave Pro theremin. The MuRF is a totally new effects processor that enriches the spectrum and animates the sound of all musical material. The Etherwave Pro is fully professional theremin that incorporates much of what Bob learned about theremin design over the past fifty years.

The past 50 years have been an adventurous time in music, and Bob Moog’s contributions become ever-important and evident in retrospect. His dedication to the craft of making instruments is as legendary as the instruments themselves, and Moog has helped make possible the creation of some of the most important music of the 20th century and beyond.

Moog has employed two guiding principles that have helped shape Moog’s reputation for fine music technology products, and have enabled Moog’s musician customers to create so much of the great music of our contemporary culture.

In his own words, Bob states:

“First, we have sought out musicians who make creative use of electronic instruments, and have asked them for their advice and opinions on what sorts of products we should offer, and what features these products should have. Keeping in constant touch with musicians from all fields of music, and from all over the world, has enabled us to design instruments that have proven to have enduring musical worth.

In 2005 Moog Music suffered the loss of it’s founder; Bob Moog. Moog was diagnosed with Brain Cancer in April and lost his battle on August 21st.

Long time protégé and current Moog Engineer, Steve Dunnington said, “Bob and I conceived this keyboard in 2004. We chose Axel Hartmann of Design Box to come up with the look of the instrument. It is sad that Bob is not here to see the finished instrument, but I think he would have been proud.”

More recently, Moog Music announced a production model. The Little Phatty Stage Edition has the same features and sound engine, designed by Moog founder and inventor, Bob Moog, and improved software and an auto-calibration feature. The Stage Edition departs from the traditional wood cabinet and is cradled instead by charcoal-colored rubberized side panels.

“We set out to design a true analog synth with a simple yet versatile interface and make it available to a wider audience.” said Moog Music Inc. president, Mike Adams.