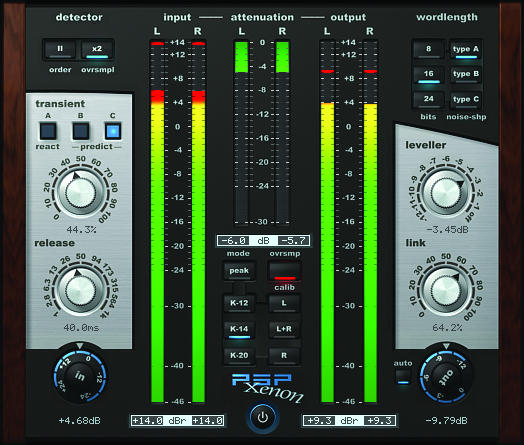 PSP Xenon offers 64-bit precision processing throughout its entire signal path, and can operate at sample rates up to 192kHz. The plug-in was designed for controlling peaks and crest factors of the recording while preserving its spectral balance and clarity of the transients.