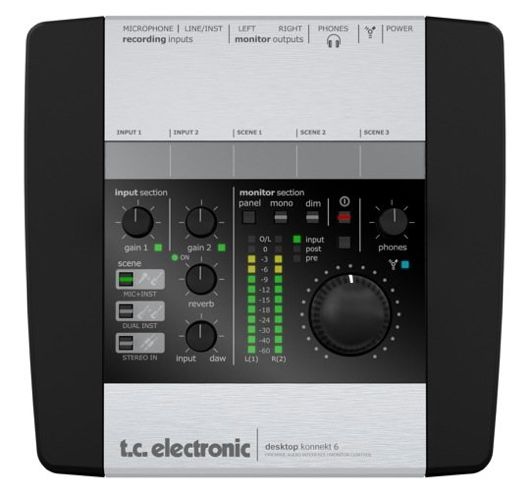 T.C. Electronic has introduced the Desktop Konnekt 6 FireWire audio interface, which looks like it’s well spec’d out and nicely laid out for a relatively inexpensive audio interface.