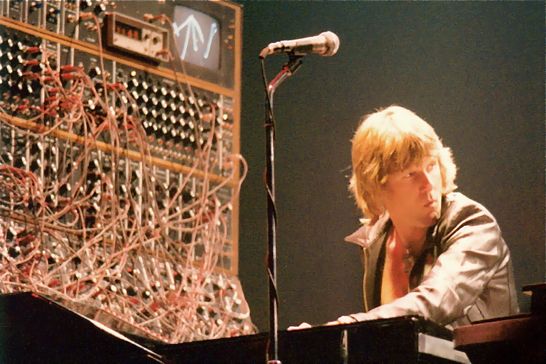 ELP synth god Keith Emerson is working on a new album, and has a lot to say about it.

“I can honestly say that my forthcoming album, which has all new compositions, truly defines all that I have worked for, not only in my musical life, but in my entire life!” says Emerson.

“My new album takes in a lot of my past while making a huge departure into the future – hence the OASYS,“ he explains. “Bob Moog’s creation was, for me, the mother of all inventions which allowed great companies, such as Korg, to take it further. The material covers pretty much the history of prog rock and beyond; it is very organic.”

As for album names, after judging his initial ideas as sounding “too contrived,” Keith has gone for the most straightforward option. “ELP’s first album was just called Emerson, Lake and Palmer,” he explains, “therefore my first original studio band album will simply be called The Keith Emerson Band, featuring Marc Bonilla.”

On Why He Needs So Many Keyboards On Stage

Forming the core of Emerson’s current recording and live setup is his beloved Hammond B3 (modified by Al Goff); a large Moog Modular system and an acoustic piano. In addition to these three staple components, Korg’s flagship workstation, the OASYS, has been drafted in to provide all the orchestral textures and Keith’s favorite pipe organ sounds.

“I love improvisation in live performance but a complicated setup can make it confusing and is therefore restrictive, unless you can see what patch you’re on, and that’s not possible under certain light conditions. I’d rather to go to other keyboards to achieve what’s necessary for a particular piece,”

“It’s very much like a choreographed performance: I have to choreograph where I go and learn all the moves, regardless of how much my keyboard technician or I program the set list. I also prefer not to split the keyboard for the same reasons.

“For anything that does need altering, I have an off-stage guy called Marc-Andre who operates a rack of Korg stuff and changes patches manually according to the set list. They are basically laid out in sequence. Some of these might communicate with the OASYS via MIDI so that we can alter the acoustics, but my rig is always being torn down and reconstructed depending upon what is necessary to do the job.”

On An Emerson, Lake & Palmer Reunion

Keith has ruled out working with fellow ELP founders Greg Lake and Carl Palmer, saying “there’s no likelihood of an ELP reunion.”