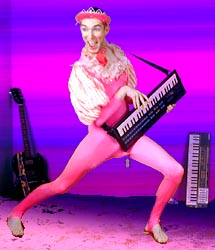 After all the strange keytar pictures we included in the post Proof That Herbie Hancock Is The Only Guy Ever To Look Cool Playing The Keytar, I thought we’d be able to take a break from that for a while.

There’s been a healthy debate over our original theory, but, unfortunately for guys everywhere, no solid evidence has been dug up to disprove it.

Larhule did note that the band The Human Aftertaste has a keytarist, saying that “perpatron is the child-molesting robot keytarist for a band called the human aftertaste.”

It actually appears that The Human Aftertaste has a pair of keytarists.

And it also appears that The Human Aftertaste may be one of the more disturbing bands ever to come from someplace other than Germany.

Protus, aka Homo Superior, shown posing with his instrument, right, is responsible for trans-keyboard, tran-sampler and trans-guitar.

If that’s not enough to set off your disturb-o-meter, Perpatron, shown below, is responsible for “touching youth, keytar, keyboards”: 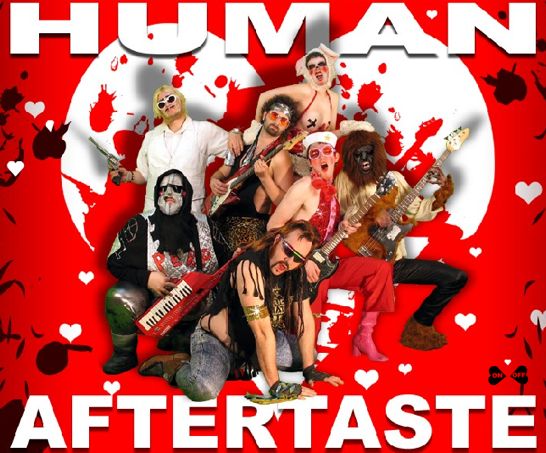 Interesting and bizarre, but it fails to disprove our previous assertion that Herbie Hancock is the only guy, ever, to look cool playing the keytar.

In case you need a reminder of what it looks like to be a badass keytarists, here’s a photo of Hancock in his 70’s heyday:

Let me know what you think of Perpatron and Protus – and we’re still looking for badass keytarist photos!