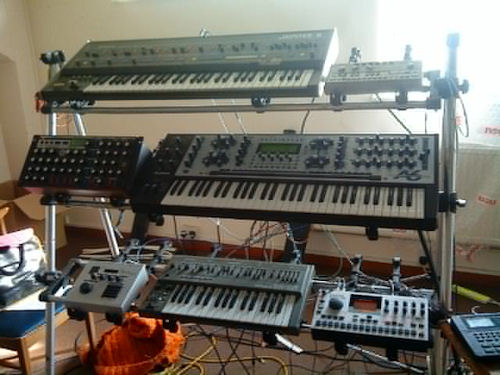 Orbital has posted a collection of images documenting their live setup:

It’s week’s away and Paul has sent through some images from the currentl live hardware setup.

Paul said “These pictures are of our current working live set some bits will change but it is the basis of what we are bringing on the road, all synths are analogue , using live for a sequencer and sampler… “.

These are the dates that Orbital has announced:

See their site for details.