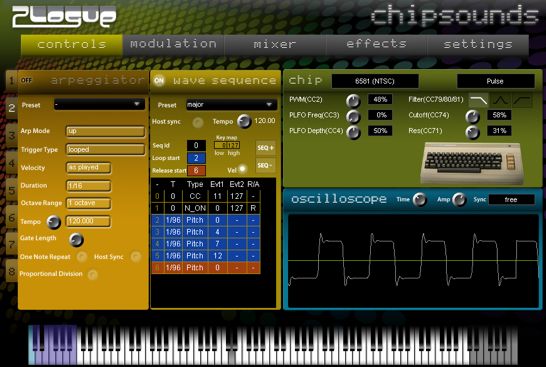 Plogue has announced a new soft-synthesizer, Chipsounds, that turns your VST/AU/RTAS host into a classic video game console, vintage 8-bit home computer and even an 80’s arcade.

Plogue Chipsounds authentically emulates more than eight vintage 8-bit era sound chips (on top of their variants). But more interestingly, it also faithfully allows you to dynamically reproduce the accidentally discovered sounds effect tricks and abusive musical techniques that were made famous by innovative chiptune composers and classic video game sound designers, which for the good part of the last 2 decades, have pushed beyond the boundaries of the original chip designs.

No pricing or release date have been announced. Details and audio demos are available at the Plogue site.