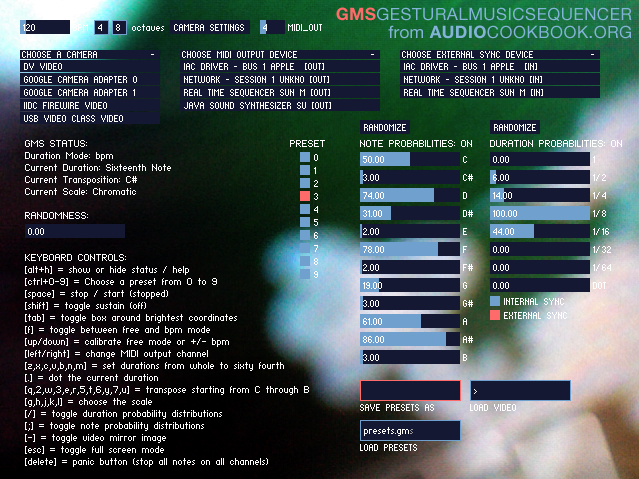 The GMS is a Gestural Music Sequencer developed in Processing by John Keston. The application samples video and displays it either normally or inverted so it looks as though you’re looking into a mirror.

John Keston’s GMS is now available for Windows and Mac as a free download.

Here’s a video documentary about John Keston and the GMS:

Each frame is analyzed for brightness, then the X and Y data of the brightest pixel is converted into a MIDI note. The X axis is used to select a pitch, while the Y axis determines the dynamics. As users move, dance, gesture, or draw in front of the capture device, notes are generated based on a predetermined scale. Currently the available scales are pentatonic minor, whole tone, major, minor, and chromatic, all of which can be dynamically selected during a performance.