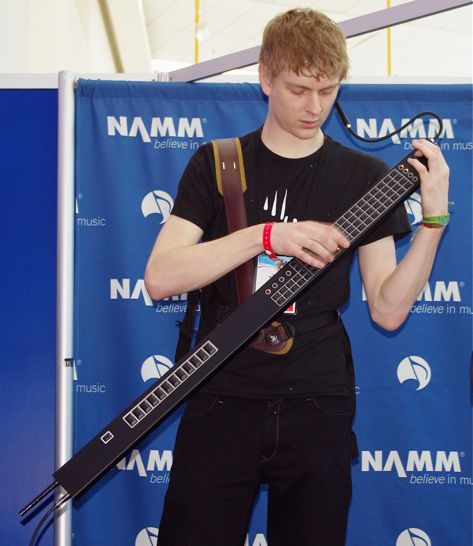 The Eigenharp Tau is the newest addition to the Eigenharp portfolio, filling the gap between the entry-level Pico and the professional-level Alpha.

The Tau offers most of the capabilities of the Eigenharp Alpha, but at less than half the price.

The Tau dispenses with the wood craftsmanship of the Eigenharp Alpha, and instead features a minimalist aesthetic, available in black and silver finishes. With 72 playing keys, a strip controller and breath pipe, it can do almost everything that its big brother, the professional level Eigenharp Alpha, can do.

The Eigenharp range has been designed specifically for live performance, and Eigenlabs calls them “the most expressive electronic musical instruments ever made.” The instruments can play and record loops, change key, transpose, alter tempo, program beats, switch and layer sounds, all while the musician is performing live on stage.