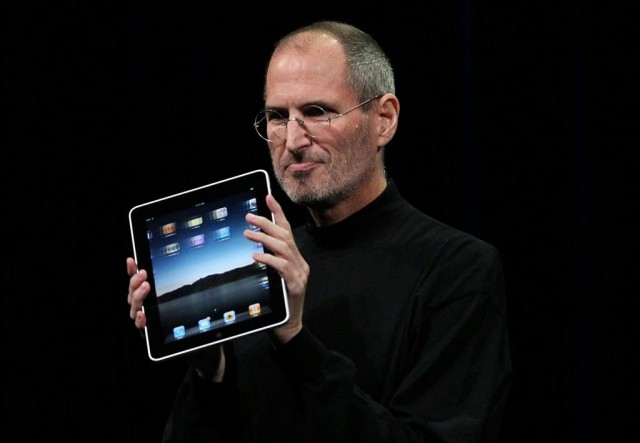 Steve Jobs today introduced the Apple iPad, a handheld multitouch computer, and it’s likely to be the biggest music technology introduction of the year.

The Apple iPad, conceptually, is a large iPod touch.

However, what Apple has really done is create a new device that builds on what it has learned with the iPhone and iPod touch. The operating system, and the applications that Apple includes, are optimized for both the size of the hardware and the types of things that you would want to do with a device this size.

A lot of people are going to take a look at the iPod and react to what it’s not, and react to what Apple left out. People are already complaining about the lack of their favorite port or that it’s based on the iPhone OS instead of Mac OS X. No Flash support! No MIDI out! DRM!!!!

When I look at the Apple iPad, I remember how crappy every cell phone was before Apple came out with the iPhone. To see the potential of the iPad, look beyond existing devices, and think about what the iPad can do.

I see a coherent, viable vision for tablet computing that’s 5 years ahead of any other company’s.

The iPad will be immediately useful as a musical tool, because it runs countless existing iPhone apps.

As developers adapt their apps to the larger real estate, though, the Apple iPad will come into its own as a new platform for music.

For a taste of what may be coming, check out Jim Heinz’s iSample:

Take that as a starting point – day 1 for the Apple iPad as a music platform. Give iSample some real estate and it’s going to be exponentially more interesting.

And, while I think the iPad is going to prove to be a big deal – I would like to know what Apple has planned for multitasking, file management, access to the iTunes library, third-party device support and more.

Check out the specs for the Apple iPad below and let us know what you think.

Is this thing going to change the way you make music this year?

79 thoughts on “What The Apple iPad Means For Music”