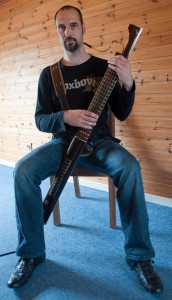 EigenZone’s Geert Bevin has published what has to be the ultimate guide to the Eigenharp Alpha, his review of the Alpha after using it for three months:

Even with all the warts of the current EigenD software that drives the Eigenharp Alpha, the instrument speaks to me. I’ve never enjoyed playing the piano as much and that’s just the tip of the iceberg. The position of your hands, the relationship with the keys and the combination of the playing and percussion keys, it all just keeps pulling me in. I know when I start playing, but before I know it, many hours of great fun have gone by. In contrast to the Pico where I quickly mastered and used all the features, it seems that I tend to focus first on perfecting my playing technique on the Alpha. I’ve rarely used the scheduler and have never done anything with the arranger yet. You have to be prepared to spend a lot of time searching and fine-tuning sounds, only the ones that ship with the instrument are readily playable and almost any other software instrument will require you to adapt it to how you use the Alpha. You also have to be comfortable to spend a lot of time in self-study as there are no training materials nor teachers. The great community of first adopters combined with the stellar and passionate customer service from Eigenlabs makes exploring all the possibilities very enjoyable though, you’re not on your own.

It really is a physical and sensual instrument that gives you intimate control over your own digital world.

See Bevin’s full guide to the Eigenharp Alpha at Eigenzone.

23 thoughts on “The Ultimate Guide To The Eigenharp Alpha”